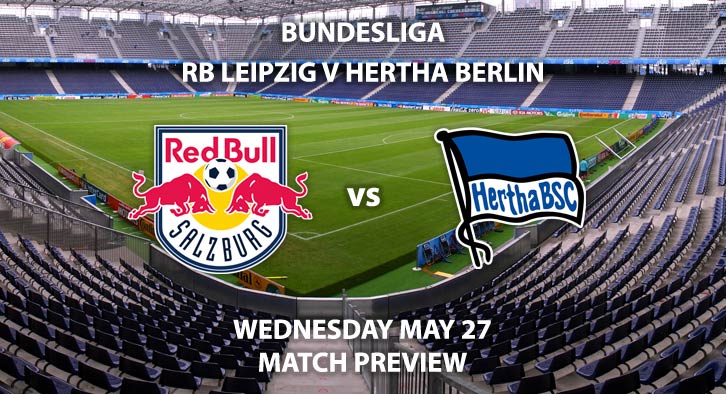 Julian Naglesmann’s men dispatched of Mainz with authority over the weekend with a resounding 5-0 victory away from home to make up for their opening weekend blunder after the Bundesliga’s restart. Meanwhile, Hertha Berlin have also made a fast start in their return with a 3-0 win and more importantly, a 4-0 win over rivals Union Berlin.

RB Leipzig are favourites for this German clash and are priced at 1/3 to win the match by SkyBet. The hosts looked in fine form over the weekend when they dispatched of Mainz in a 5-0 win. Their work-rate was second to none, their attacking was potent and creative, and Hertha will be worried after their performance.

In attack, look no further than Liverpool target Timo Werner to score for Leipzig. The striker has 24 goals this season and scored a hat-rick on Sunday. He is priced at 12/5 to score first.

Hertha Berlin will have a tough test in keeping their 100% record since the league’s restart and are priced at 13/2 to pull off a shock victory. Hertha have been impressive so far but face a much harder opponent in RB Leipzig. Luckily, their defensive frailties have not been tested as of yet but whilst they do prosper in attack, it is likely that most of the football will be played down the other end of the pitch.

Striker Vedad Ibesevic has scored in both matches so far since the return and is priced at 14/5 to score anytime.

Last time these two met, the match was not short of drama as Leipzig were victorious in a 4-2 showdown. 30 booking points were brandished but both clubs have showcased their grit in recent weeks, which could see more booking points awarded. SkyBet are offering 5/4 for 50+ booking points.

– The hosts have way too much quality in attacking areas and will punish their opponents in midfield and up front.