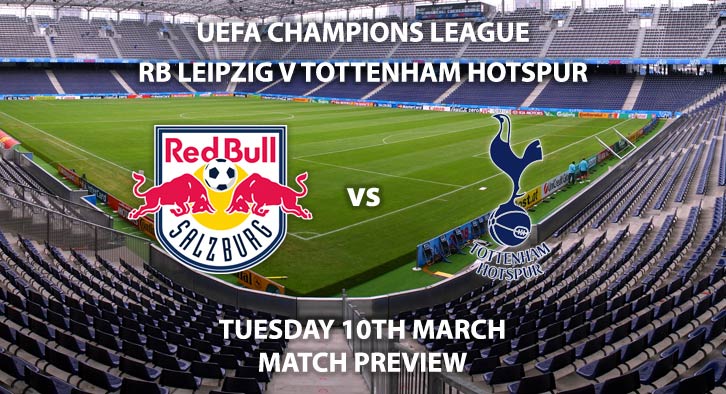 RB Leipzig host Tottenham Hotspur in the second leg of their Champions League round of sixteen tie on Tuesday night.

The German side head into Tuesday night’s encounter in the driving seat following their 1-0 win at the Tottenham Hotspur stadium three weeks ago.

If Spurs are to overturn the one goal deficit, they will have to do what only two sides have done this season and win at the Red Bull arena. Julian Nagelsmann’s side have lost only twice on home soil in all competitions, including once in this season’s group stage against Lyon.

Jose Mourinho’s Spurs side are without a win in their last five, and in that time have been dumped out of the FA Cup following last week’s defeat on penalties to Norwich. Spurs’ have also struggled on the road this season and have won only one of their last eight away from home. In this seasons group stage, Spurs won one of their three away matches.

Timo Werner netted the only goal in the first leg from the penalty spot and has scored 21 times in the Bundesliga for Leipzig this season. The German is priced at 5/6 to find the back of the net on SkyBet.

Jose Mourinho’s job to get Spurs into Europe was a tough ask when he took the job, and it has been made progressively harder due to injury woes. January signing Steven Bergwijn has joined forwards Harry Kane and Son Hyeung-Min on the sidelines for the foreseeable future with a suspected ankle injury. Responsibility falls onto the shoulders of Lucas Moura, who was Spurs’ saviour in the Champions League last season.

The man in the middle is Carlos del Cerro Grande from Spain. The 43-year old has awarded eight yellow cards in his four UCL matches this campaign. The first leg was a fiery encounter which produced six yellow cards. This considered, as well as the magnitude of this encounter I would recommend a minimum of 40+ booking points for this one.

RB Leipzig vs Tottenham Hotspur will be televised live in the UK live on Sky Sports Football HD.