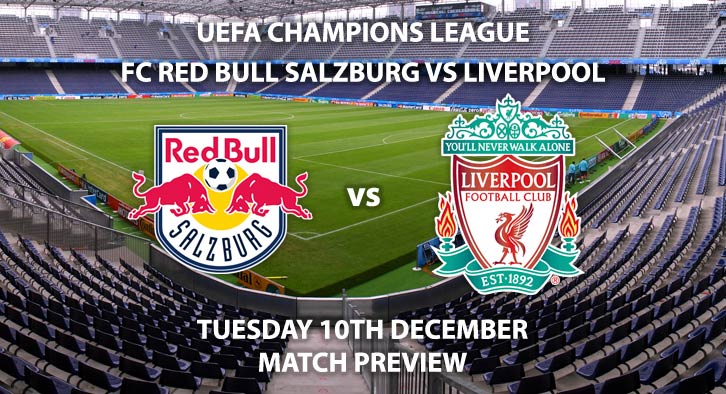 Liverpool travel to RB Salzburg in the Champions League this Tuesday night as they look to confirm qualification to the knockout stages.

The Reds have not been at their most convincing in Group E but are in the driving seat to top the group with ten points. Meanwhile, Salzburg have made a great account of themselves and can cause a real upset if they win. They are three points behind their opponents but boast a better goal difference.

RB Salzburg are priced at 29/10 to win the match by SkyBet and potentially knock the defending champions out of the competition. Salzburg have been a delight to watch this season, imposing an attacking, dangerous style of football on their opponents. In their reverse fixture, they travelled to Anfield and narrowly lost 4-3 but made a great account of themselves.

Striker Erling Braut Haaland has been a revelation at the club and Europe’s elite are now swimming around his feet as a result. He has eight Champions League goals and is priced at 6/5 to score anytime.

Liverpool are priced at 4/5 to win the match and reach the knockout stages in their bid to defend their European title. Jurgen Klopp’s are one of the most feared in world football and are currently unbeaten in the Premier League. Their champions League campaign has been a little slower, but they are still in control of their fate.

Sadio Mane has got better and better since last season and is now the talisman for the Reds. The winger is priced at 11/10 to score anytime.

The referee for this match will be the Dutch official Danny Makkelie. The official could have a busy evening in Austria – despite the fact their reverse fixture only had one yellow card – due to their being so much on the line.

The match will be televised on BT Sport 3 HD and kicks off at 5:55pm.

– This will be a tough test for the visitors, but they have a habit of winning all their matches in some way or another.