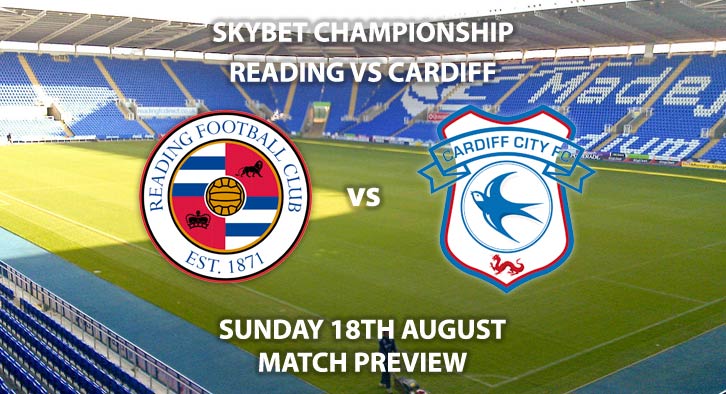 Reading will be looking for their first points of the 2019/20 Championship season when they host Cardiff City on Sunday.

The Royals have lost both of their opening games against Sheffield Wednesday and Hull City, respectively. Last weekend the Tigers came out 2-1 winners as Reading’s porous defence was once again in a generous mood. They have conceded five goals in their opening two matches, the most in the league after two games.

Lucas Joao was on target making his debut. The Portuguese striker made the £6m switch from Wednesday in the summer, despite scoring against Reading on the opening day of the season. The 25-year-old is a fantastic talent on his day but lacks consistency. He’ll be hoping his new Portuguese manager, Jose Gomes, can bring the best out of him more regularly. He’ll join George Puscas, who started on the bench last weekend, in attack. The Bulgarian Under-21 star was one of the summer tournaments best performers and look a real coup.

Cardiff City needed a 97th-minute winner to get their first win back in the Championship. After an opening day defeat to Wigan Athletic, Isaac Vassell’s debut header saw them beat Luton Town 2-1. The former Birmingham striker has had a torrid time with injuries but will be hoping to kick on at his new club.

A lot will rest on his shoulders after the departure of Bobby Reid and Kenneth Zohore over the summer. That leaves the Bluebirds with only Gary Madine and Omar Bogle as alternatives to Vassell. That has left huge question marks on whether they have the goals needed to earn promotion. Callum Paterson will also chip in from midfielder but Cardiff do look a little lightweight across their forward line, which is a concern.

Andy Davies is the referee for this match. The Englishman racked up an average booking points total of 40.4, across 38 Championship matches last season. With that in mind, I would recommend a maximum of 60+ booking points for this fixture.

This game will be tight and maybe not one for the neutrals. Cardiff are a tough outfit to face on the road. Reading will want to shore up their backline in front of their home fans and goals will be at a premium, in my view. Therefore, I’m going for a narrow away win.

Reading vs Cardiff City will be televised live in the UK on Sky Sports Football with kick off at 12:00 BST.