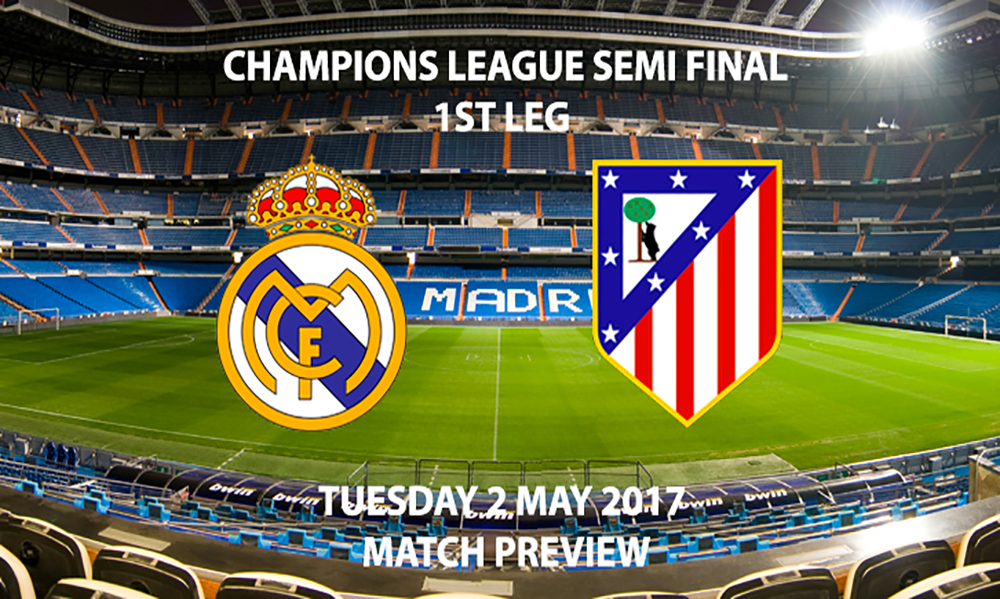 A huge semi final looms this evening and the Spanish capital will be divided as the Champions League Semi Final 1st Leg takes place at the Bernabeu between Real Madrid and Atletico Madrid.

The two Spanish clubs faced each other in last year’s Champions League final with Real Madrid winning on penalties and in 2014, Atletico looked to have had the final won when Diego Godin scored after 36 minutes only for a Sergio Ramos equaliser in injury time. Real went on to win the final 4-1 in extra time. Diego Simeone will be looking to overcome his fierce rivals even more now, with speculation that the Argentine could be moving away from the Vincent Calderon stadium at the end of the season.

Los Merengues won on the weekend when narrowingly beating Valencia 2-1 with a Marcelo goal 5 minutes from time. A much needed win to stay level on points with Barcelona heading into the last 3 games of the season.

Atletico won 5-0 away to Las Palmas on the weekend with Kevin Gameiro scoring a brace to keep Los Rojiblancos in 3rd place, ensuring a spot in the Champions League next season.

Real will be without Gareth Bale due to a calf injury and centre back Pepe, who is out with a rib injury. Raphael Varane will be vying for a starting place alongside captain Sergio Ramos in the heart of defence along with Alvaro Morata, Vasquez, Isco and Rodriguez aiming to replace the injured Gareth Bale in the attack. Cristiano Ronaldo will be looking to keep up his excellent record of goalscoring in the Champions League and will likely start up front with Frenchman, Karim Benzema.

Atletico have a few injury problems with Sime Vrsaljko and right back Juanfran missing out o Simeone may revert centre back Stefan Savic to right back for the crucial game tonight. Belgian Yannick Carrasco could also miss out due to a collarbone injury. Diego Godin returns after a domestic suspension. 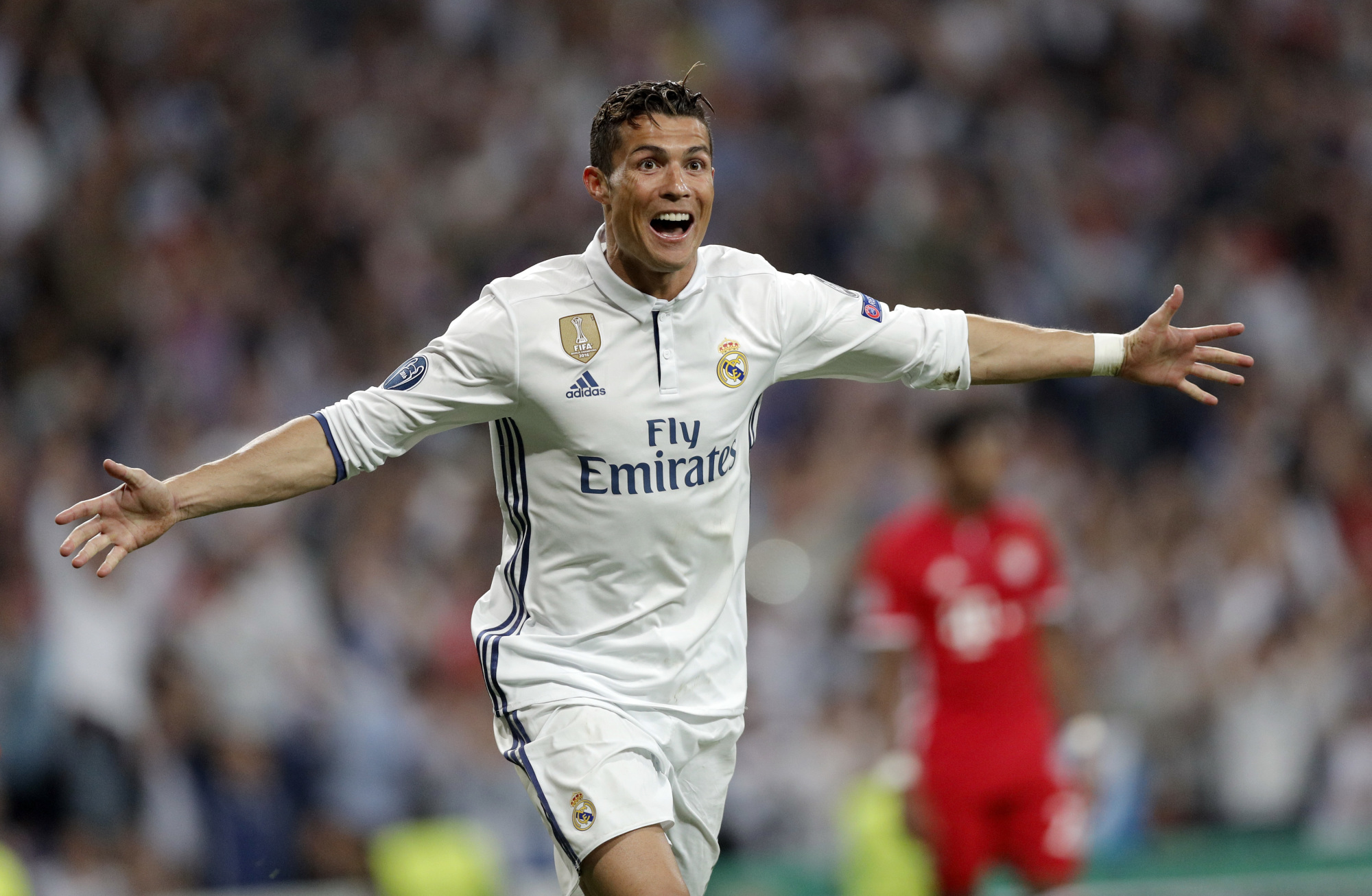 Cristiano Ronaldo scored a hat trick against Bayern Munich in the Quarter Final 2nd Leg to become the first player to score 100 goals in UEFA club competitions. The forward is always a goal threat, whether from the penalty spot, his aerial ability or from his free kicks, Ronaldo can create a goal from nothing and the 4 time Ballon D’or winner will be doing everything he can to provide Real another spot in the Champions League Final and make history by winning the competition for the 12th time. Ronaldo has scored 18 goals in 27 appearances against Los Rojiblancos, including 2 hat tricks and 8 of those goals  coming from the penalty spot.

Frenchman Antoine Griezmann will be the target for the Real Madrid defenders as the striker’s movement is second to none, whether it be a poacher in the 6 yard box or a free kick from 25 yards, Griezmann can do it all. His pace opens up defences and he creates space for his striking partners, allowing his midfielders to join in the attack. He is capable of playing as a number 9 or a number 10 and he enjoys scoring at the Bernabeu, having notched 3 goals at the home of Real. 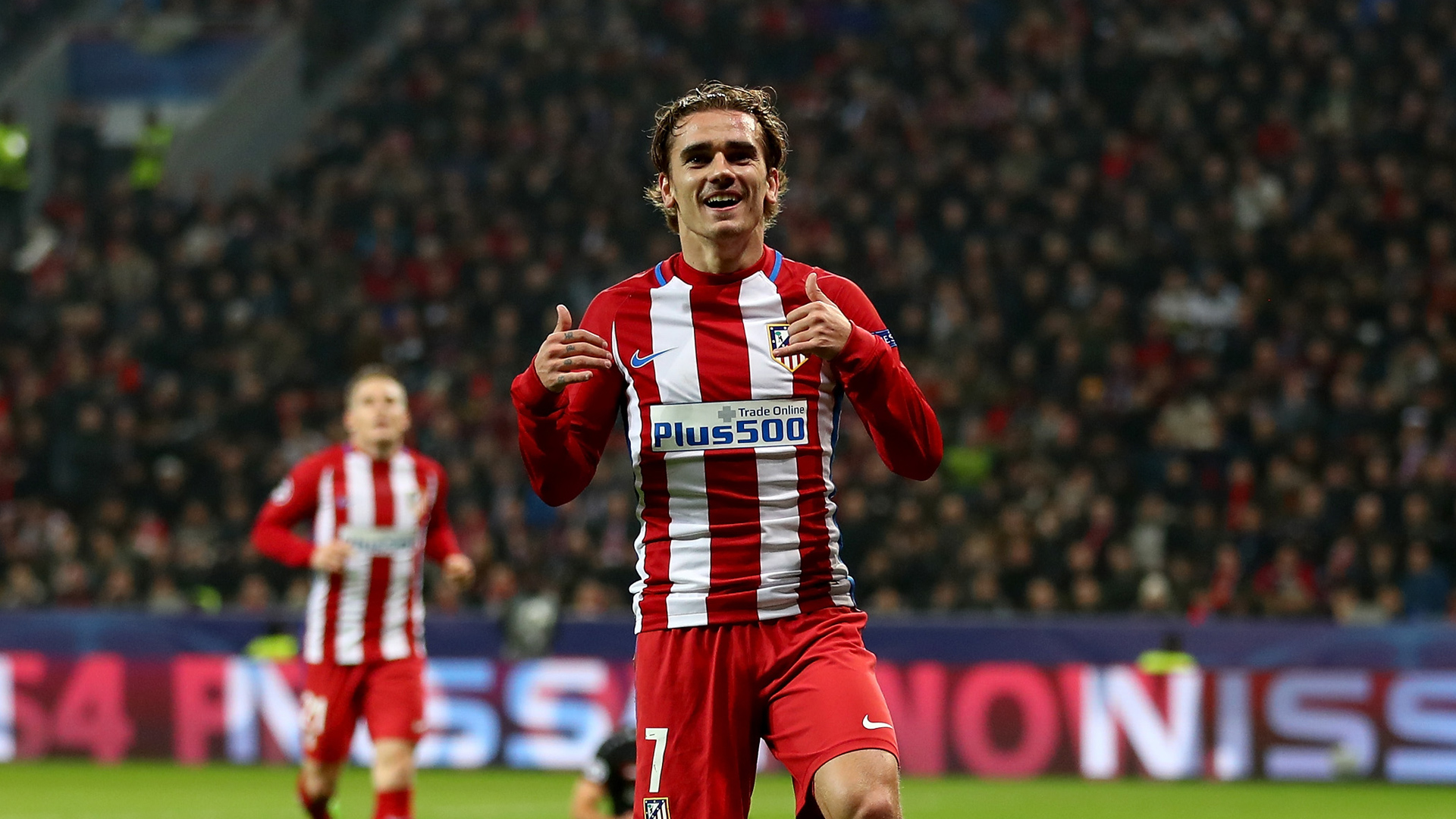 The game between the two will surely be an entertaining one as both sides have great attacking options and with Atletico’s record against Real, I can see the game ending in a 1 – 1 draw, with both Ronaldo and Griezmann to hit the back of the net for their clubs.