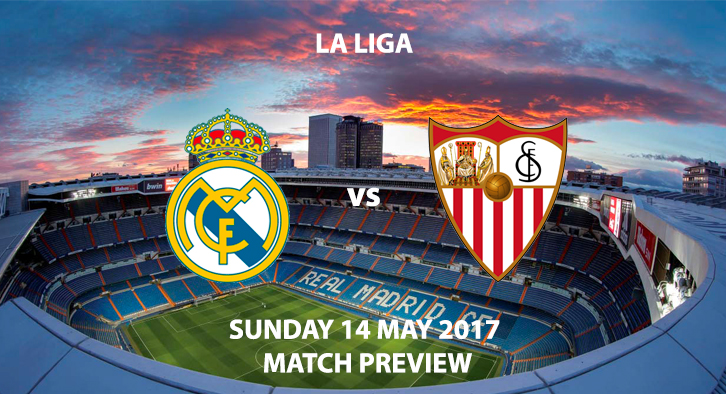 Real Madrid take on Sevilla at the Bernabeu in La Liga on Sunday night and Zinedine Zidane’s side must win to keep a dream double alive in their last home game of the season.

Real are currently 2nd in the table to Barcelona and though both teams are on 84 points, Barcelona’s head to head form is inferior to the Madrid side. Madrid do have one game in hand against Celta Vigo, which takes place on Wednesday.

If Real can win all three of their remainding fixtures, they will be league champions and Zidane could potentially end the season as the first Real Madrid manager since 1958 to win both the league and Champions League in the same season.

Sevilla have had a good season, with manager Jorge Sampaoli and his men reaching the knockout stages of the Champions League and his side currently 4th in La Liga. Sevilla need just one point to guarantee a Champions League spot for next season.

Gareth Bale looks set to miss the remainder of the season due to a calf problem. Bale has only made 17 starts for Los Merengues and the Welsh attacker is struggling to be fit for the Champions League final against Juventus in his hometown. Daniel Carvajal could also miss out after suffering a hamstring injury in the Champions League semi final with Atletico Madrid.

Paulo Sarabia will miss the game due to suspension for Sevilla while Vicente Iborra, Adil Rami and Mariano Ferreira are doubtful. 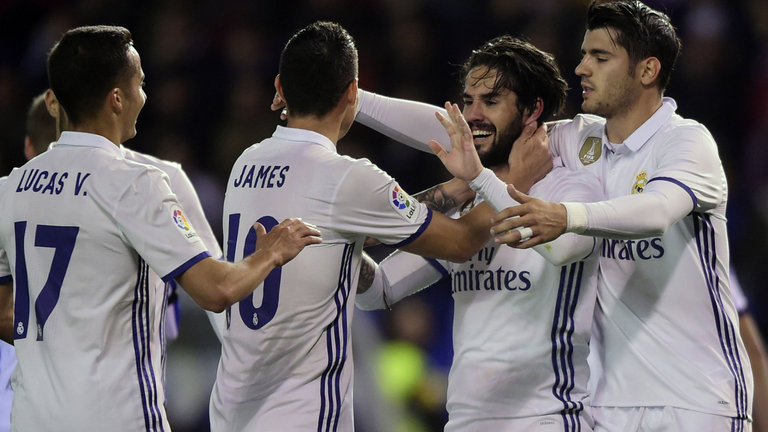 Isco has been in fantastic form for Real Madrid this season Photo Credit: skysports.com

Isco has filled the void of Gareth Bale in fantastic fashion. The 25 year old Spanish international is usually used as a substitute but whilst Bale has been injured, Isco has scored vital goals that have seen Madrid reach their current standings.

16 starting appearances and 12 from the bench have seen the Spanish midfielder scoring 10 goals in the league and with Isco is such great form, it is hard to doubt who their current ‘Galactico’ is.

Cristiano Ronaldo has scored 23 goals against Sevilla in all competitions, making  Los Blanquirrojos his favourite side to score against.