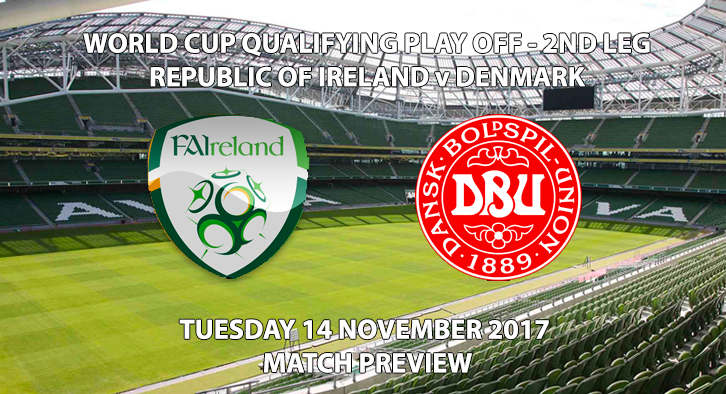 Rep Ire vs Denmark – Match Preview – It’s all still to play for between Ireland and Denmark as they face off in their 2018 FIFA World Cup qualifier second leg this Tuesday night.

An action packed first leg with over 20 attempts on goal resulted in a rather entertaining bore draw. Both sides came agonisingly close to breaking the deadlock however their efforts weren’t enough.

Martin O’Neill’s men now have the home advantage for the second leg which could become a crucial factor, given the Irish nature. 90 minutes of bellowing renditions of ‘The soldiers’ song’ and ‘The boys in green’ will create an atmosphere to remember for all who attend. 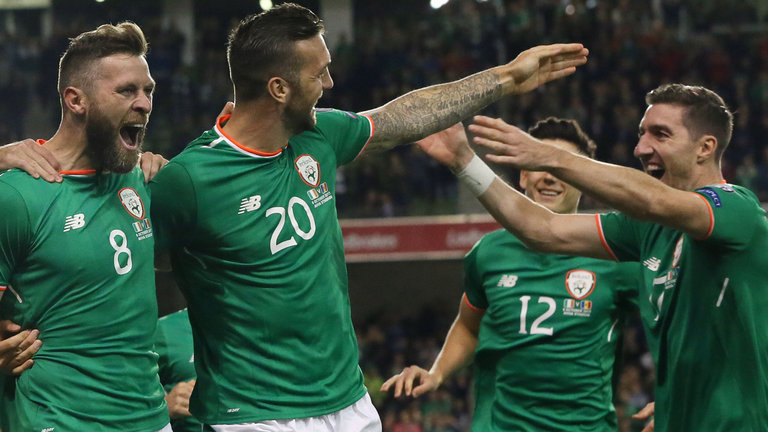 Can Murphy fire the Irish into the World Cup Photo Credit: skysports.com

Both sides suffered no setbacks in terms of injury or suspension in the first leg which will see both nations surely line up in their full-strength sides. Tottenham attacker, Christian Eriksen, was a huge threat to the Irish defence and was often the catalyst for the Spurs attack. This should be no different on Irish soil.

James McClean, who scored the all-important goal in Cardiff to get Ireland to the play-offs, is also sure to feature for his nation. The West Brom winger has pace to burn and a mean left foot that could pose trouble for Kasper Schmeical in the Danish net.

Ireland have gone from strength to strength since their UEFA EURO 2016 campaign, becoming a much more solid unit from the back. Brighton and Hove Albion centre-back Shane Duffy, has become the stand out figure in the defence, with his hardman persona and leadership qualities, he has become indispensable to the Irish defence. Moving up the formation, Jeff Hendrick has also become a key figure in the Irish attack. His relentless energy through the midfield and his ability to spot a pass has become a valuable asset. 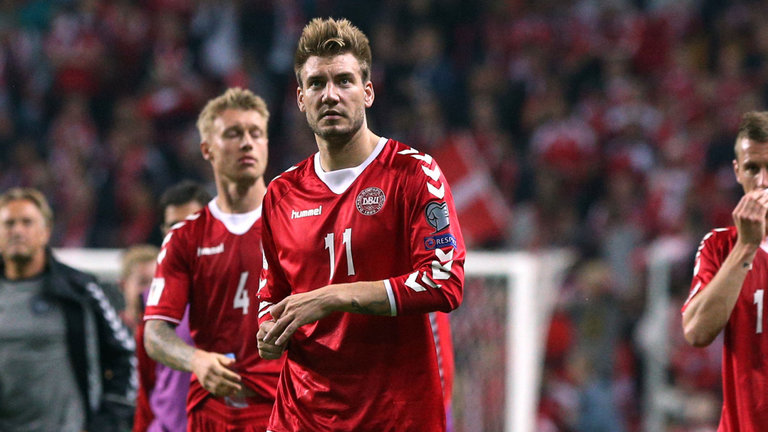 Bendtner and his team mates will be tough to break down Photo Credit: skysports.com

The Danish squad is full of talents who play their club football all over Europe. They scored 20 goals in their 10-qualification group matches and only conceded eight goals; proving they are both clinical in attack and solid at the back. Celta Vigo winger, Pione Sisto, has grown into a key figure in the Danish attack in a matter of months. Can the Danes upset the Irish party?