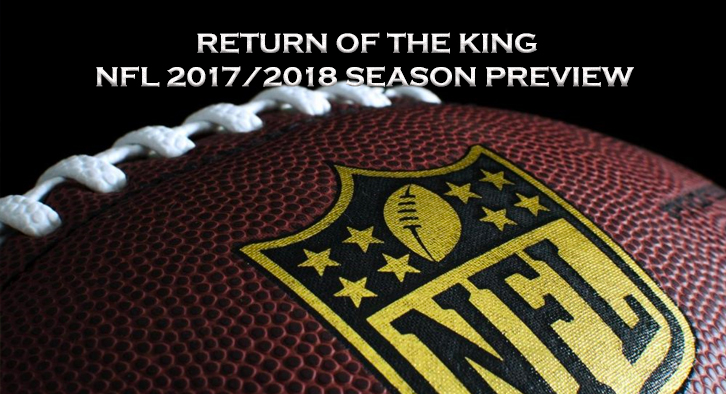 NFL Preview 2017/2018 – Return of the King – Every major sport has a period where the eyes of the public are on them, and this year, sports have experienced record breaking ratings. The World Series between the Cleveland Indians and the Chicago Cubs was a back and forth battle between two teams both looking to break years of not winning a championship. The deciding game 7 was the highest rated MLB game in years, and featured an overtime win for the Cubs breaking their 100-year curse.

In Basketball, some say globally is becoming the biggest sport which also features many of the most popular athletes on earth; Lebron James, Steph Curry, Kevin Durant etc. Off the Cleveland Cavaliers winning their thrilling Championship over the Golden State Warriors, this year’s NBA season featured many storylines. Durant leaving Russell Westbrook, how the Warriors would try to recover, will Lebron continue to reach the finals etc.

The NBA didn’t disappoint with the Warrior vs Cavs championship, Kevin Durant, Steph Curry and the Warriors won their 2nd championship in three years defeating the Cavs. The championship was the highest rated finals in NBA history, and lead to a thrilling offseason as well.

With the resurgence of baseball and the surge in popularity with the NBA, the biggest sport has been quiet, however with the fall approaching, the world’s top sport is set to return to give us the greatest drama, excitement and entertainment us sports fans crave the most.

With so many storylines, and intriguing things to look forward to this upcoming football season, let’s take a look at some of the teams I will be paying attention to. 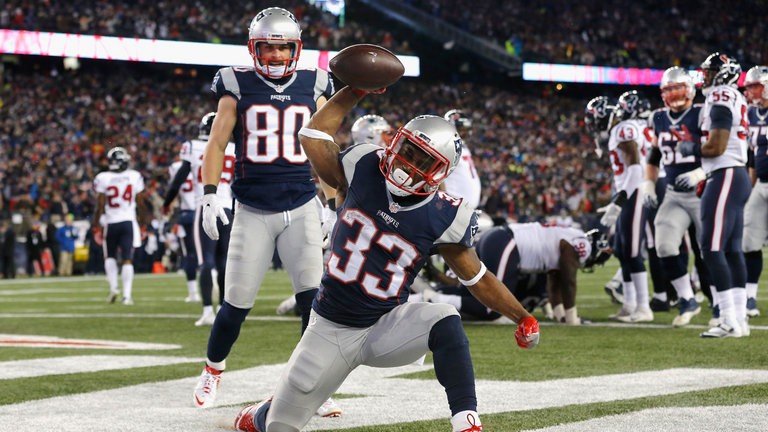 Last year’s Superbowl between the New England Patriots and the Atlanta Falcons featured the NFL’s first overtime Superbowl, and an epic comeback win for the Patriots giving them their 5th title since 2000. During the offseason, somehow the rich got richer with the defending champs signing key free agents WR Brandin Cooks, RB Mike Gillislee, and TE Dwayne Allen – the champs are in prime position to repeat. 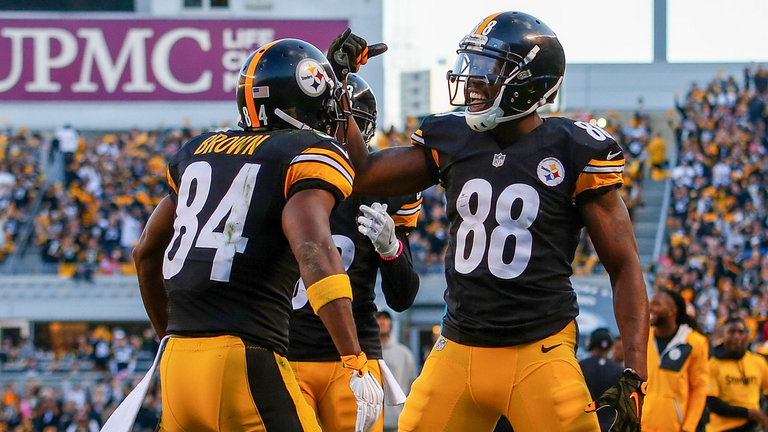 The Pittsburg Steelers came up short in the AFC championship against the Pats results in another playoff exit. QB Ben Roethlisberger briefly debated on retirement, but ultimately decided to return for his 13th season. Star RB Le’veon Bell was franchised tagged while seeking to become the league’s highest paid RB, and second highest paid WR.

Bell is betting on himself to have a great season and pressure the Steelers into giving him the contract he seeks. With WR Martavis Bryant returning from suspension the Steelers have a top 3 offense in the league and are looking to make another deep playoff run. 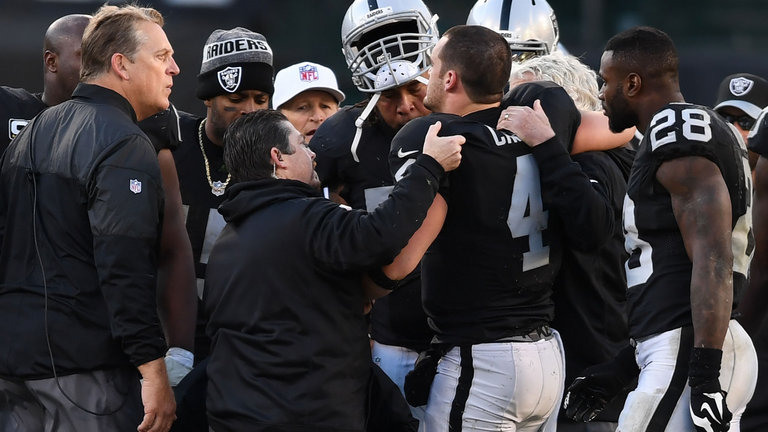 Last year the Raiders had a resurgent season by making the playoffs, and if not for MVP candidate QB Derick Carr getting injured, many were considering the Raiders a threat to the Patriots. With one of the best offensive lines in the league, the Raiders signed RB Marshawn Lynch who came out of retirement and is coming to play for his hometown.

The Raiders also signed Packer TE Jared Cook with home of increasing their redzone efficiency. With Carr healthy, the progression of WR Amari Cooper, signing Lynch, and more chemistry on defense, the Raiders are looking to bring a SB back to Oakland, before their move to Las Vegas after next season. 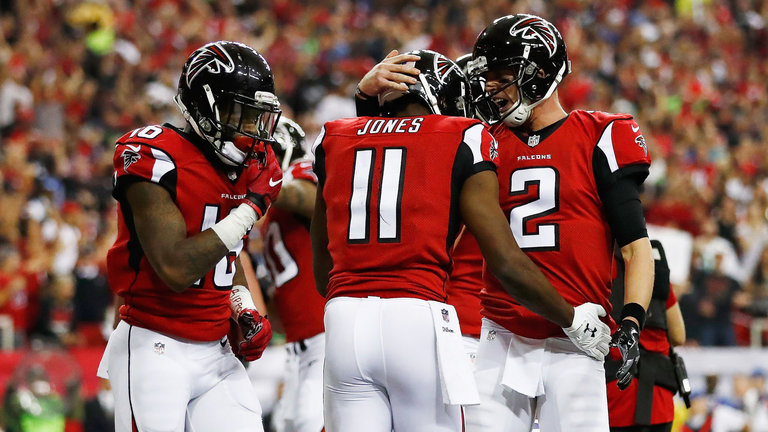 Last season the Falcons surprised many with their offensive explosion, resulting in QB Matt Ryan winning league MVP. Star WR Julio Jones had another pro bowl season, and the expansion of the Falcons running game definitely gave fans entertainment every week. The Falcons were ahead 28-3 over the Patriots in the SB before being on the losing end of the biggest comeback in SB history. The Falcons come into this season with a new offensive coordinator, along with a few pieces on defense that will be missing from last season. The question will be how will the Falcons recover from their devastating SB loss, and will they be able to reach the big game again for revenge? 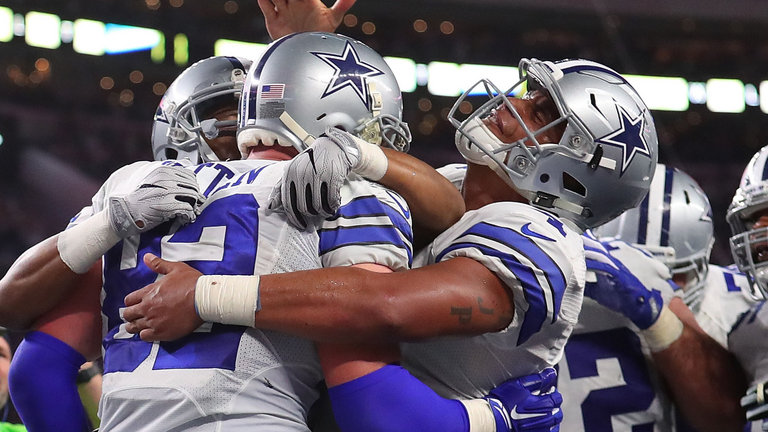 While the Dallas Cowboys came up short in their comeback attempt against the Green Bay Packers, last season left fans with a great feeling about the future. Rookie QB Dak Prescott and Rookie of the Year RB Ezekiel Elliott had pro bowl caliber seasons, and are looking to take the next step this year.

The Cowboys have the best offensive line in football along with a top RB, and WR, so in the draft they looked to improve the other side of the ball by drafting Taco Charleston.

Long time veteran QB Tony Romo also retired and joins the commentary booth for this season. The Cowboys secondary is young, but with an improved defensive line hopefully the pass rush will have a greater impact. 2nd Year RB Ezekiel Elliott is now suspended for the first 6 games of the season, question for the Cowboys will be how well can they hold off until Zeek gets back. 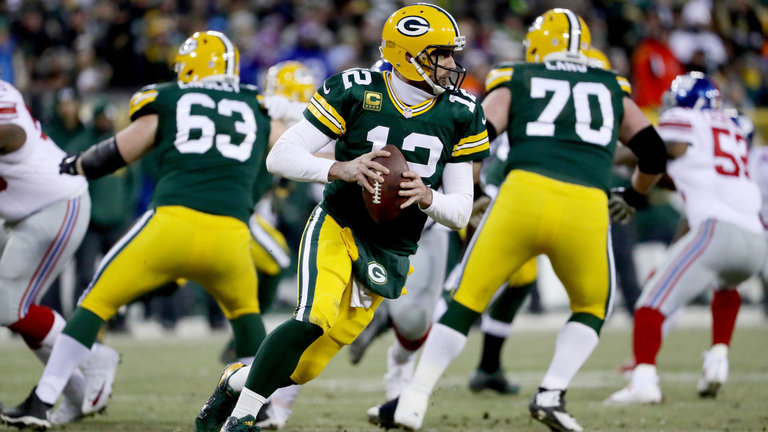 Aaron Rodgers and the Packers came up short in the NFC Championship against the Falcons, causing their season to end sooner than expected. Rodgers being arguably the number 1 QB in football and at worse number 2, hasn’t made a Super Bowl in 6 years and with the pressure beginning to mount this upcoming season, the Packers are expected to make a Super Bowl run. The Packers had the most injuries on defense coming into the playoffs, and the Falcons took advantage of their banged up secondary. The Packers, also due to injuries, were forced to star WR Ty Montgomery at RB late in the season.  The Packers lost defensive back Mica Hyde and will be relying on a rookie and young players off injury to replace him. While TE Jared Cook left on free agency to join the Oakland Raiders, they upgraded at TE with the signing of SB champion Martellus Bennett.

While basketball, baseball, soccer, golf, and other sports have experienced great years, the NFL is without a doubt the most popular sport in the world. The NFL has the most narratives, most drama, most entertainment, and the Superbowl is the most watched television show for the past 50 years. This year in a great year of sports, with great ratings, great entertainment, and great drama, I am more excited to see what this NFL season has to offer. We are one month away from the Return of the King!