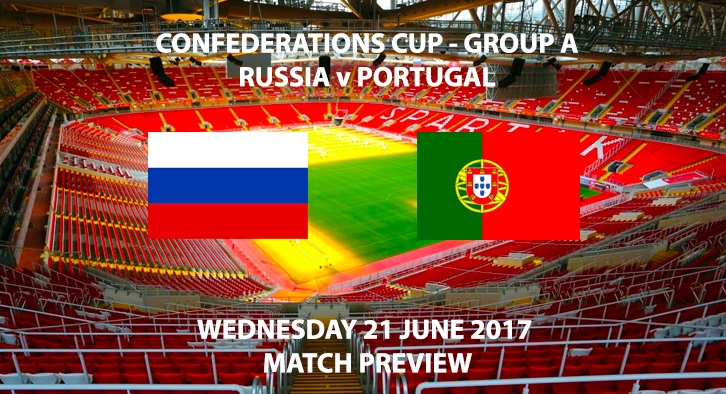 Russia vs Portugal – Match Preview – Russia face Portugal in Group A for the second round of matches at the 2017 Confederations Cup. The match promises plenty of drama, with the bookmakers favouring Portugal however Russia impressed in their last outing against New Zealand. The Russians were victorious over the Kiwi’s, 2-0, in a dominant performance which saw the Northern hemisphere side pepper the New Zealand goal with a total of 19 shots.

The host nation, Russia, will look to broaden their lead at the top of Group A in front of a home crowd. However, Portugal pose a very different threat to New Zealand; Cristiano Ronaldo being the obvious danger-man for the Portuguese. Stanislav Cherchesov’s side will have to remain tight at the back and prevent Ronaldo from getting a sniff at their goal, a task even the World’s best defenders cannot overcome. But, Russia will feel quietly confident heading into the match despite being underdogs as they have a very impressive record against Portugal in Moscow; in their three meetings, the home nation won all three without conceding a goal. Can they continue the trend against a dangerous Portugal?

Portugal manager, Fernando Santos, will be hoping for a routine win on Wednesday following a dramatic 2-2 draw with Mexico in their first Group A match. The European champions felt two points snatched from their grasp as Mexico were able to convert from an injury time corner to share the points. Portugal will have to step up and remain a solid unit to allow their creative attack to flourish, however, Portugal are weaker at the back end of the pitch, something Santos may look to alter his team selection to allow them to be safer. But, with Cristiano Ronaldo in your team, you’re always going to be a threat, can Portugal get their first win of the tournament? 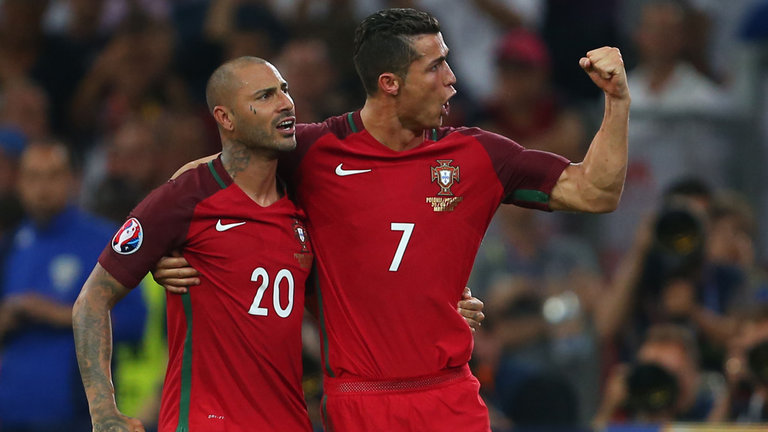 Quaresma and Ronaldo will be key to providing a win for the Portuguese Photo Credit: skysports.com

Russia have no fresh injury worries for the match on Wednesday.

Striker, Fedor Smolov, found the back of the net against New Zealand, can he do the same against Portugal?

Portugal, just like their opponents, also have no injuries to alter team selection.

It goes without saying that Ronaldo is the main man, can he deliver yet again for his country?