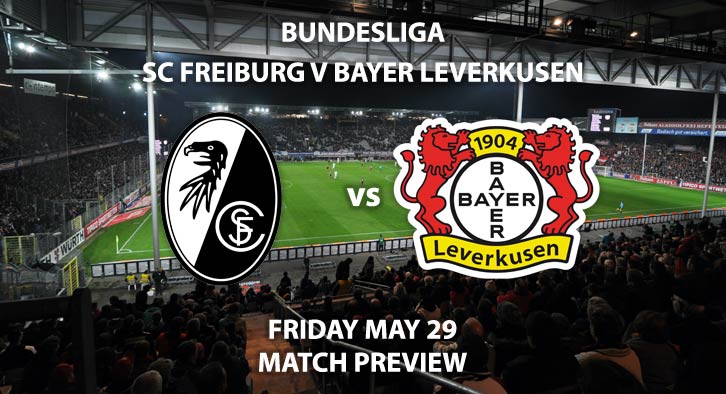 Both sides will be looking to return to winning ways after their midweek results. Freiburg were held 3-3 away to Eintracht Frankfurt meanwhile Bayer Leverkusen were thumped 4-1 at home against Wolfsburg.

A win for Freiburg on Friday evening would see them momentarily close the gap on 6th placed Wolfsburg to only one point in their battle to secure European football for next season. Christian Streich’s side are yet to win since the resumption of the Bundesliga, so a win would be just as useful for momentum as well as ranking. Freiburg have won one of their last eight in the Bundesliga

Bayer Leverkusen on the other hand missed the chance to go third in midweek. RB Leipzig’s stalemate with Hertha Berlin means there’s now only two points separating the two sides, and a win for Leverkusen on Friday night would see them leapfrog Leipzig and claim 3rd spot.

Five of Freiburg’s eight defeats this season have come at home, which is something that doesn’t bode well ahead of Leverkusen’s visit. Leverkusen have one of the best away records in the division and have lost only three of their fourteen games on the road this season. Leverkusen are priced at 3/4 on SkyBet to grab all three points on Friday evening.

Three of the last four meetings between these two sides have ended in a draw. The last win in this fixture came last season, with Bayer Leverkusen winning 2-0. A draw is priced at 14/5 on SkyBet.

Kai Havertz has scored five goals in his last four Bundesliga appearances, including braces against Werder Bremen and Borussia Monchengladbach in his first two games since the leagues return. The German is priced at 23/20 on SkyBet to score anytime.

Freiburg’s Roland Sallai has been yellow carded in two of his last four appearances and is priced at 13/5 to be booked on Friday night.

The match will be televised live on BT Sport 1HD and kicks off at 19:30 BST.