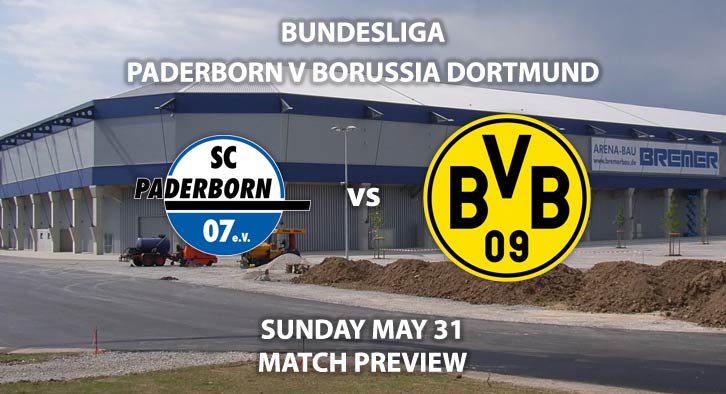 The hosts managed to muster one point from their last outing against Augsburg, but their overall picture looks bleak – nine points from safety. And now, a badly timed visit from one of the league’s most prolific teams in on the cards as Borussia Dortmund will hope to get on foot closer to securing a top four finish. Dortmund’s title hopes took a huge blow after their 1-0 loss to league leaders Bayern Munich.

SC Paderborn are heavy outsiders for the encounter and are priced at 8/1 to win the match by SkyBet. Paderborn’s season makes for grim reading as they are all but staring relegation in the face. They have claimed just one win from their last nine home matches and have scored just one goal from their three matches back.

In attack, they will look to Streli Mamba to help them cause and upset and he is priced at 10/3 to score anytime.

Borussia Dortmund are not expecting too many issues in this match-up and are priced at 3/10 to claim the victory. Dortmund’s hopes of catching Bayern are all but gone now after they could not overcome the Bundesliga champions. In other performances, they have looked fast, strong and creative and have the second-best goal tally in the league. They face the third worst defence.

In attack, they are missing star striker Erling Braut Haaland through a knee injury he picked up against Bayern. Jadon Sancho is likely to return to the starting side and is priced at 14/5 to open the scoring.

Last time out, the two teams played out a contender for match of the season as Dortmund came back from 3-0 down with two late goals to salvage a 3-3 draw. 40 booking points were brandished during the match. SkyBet are offering 13/8 for 50+ booking points.

SC Paderborn vs Borussia Dortmund will be televised live onBT Sport 1 HD with kick-off at 17:00 BST.

– The away side should have no problems in this one as they bounce back from defeat against Bayern.