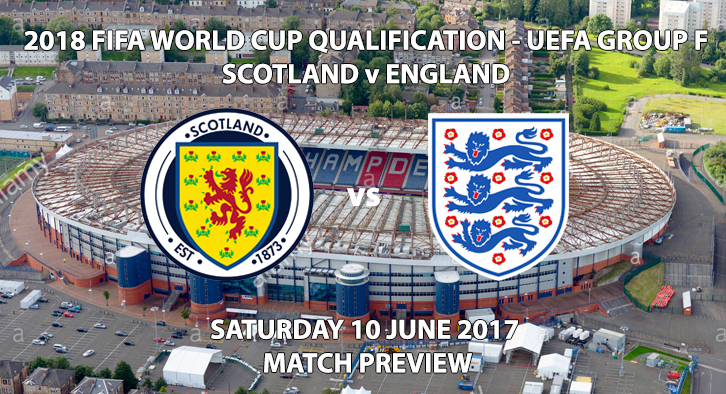 Scotland vs England Match Preview – The oldest match in football rears its head again as Gareth Southgate’s England travel to Gordon Strachan’s Scotland for the Battle of Britain in Group F.

England, having faced an acrimonious elimination from Euro 2016 by Iceland in the last 16, have been in upheaval since. Roy Hodgson immediately had his position terminated and Sam Allardyce was instated to steady the ship as he always does.

However, Allardyce lasted just one game in charge; he was dismissed after being caught on video explaining how to circumvent FA rules and acting ‘inappropriately’.

Since then, former U21 boss Gareth Southgate has been appointed and instilled stability into the side – England sit comfortably top of Group F on 13 points at the half-way point of 5 games and the much-fancied Three Lions look set to qualify bar an unlikely collapse.

Fortunes are different for the Scots, however, they have failed to qualify for the last 9 major tournaments and they currently find themselves 4th in the qualifying group on just 7 points following disappointing results such as a home 1-1 draw against Lithuania and a 3-0 hammering at Slovakia.

Manager Gordon Strachan has had scrutiny involving his position as a consequence and it seems doubtful that Scotland will turn it around to qualify for their first World Cup and tournament since 1998. A blockbusting victory over arch-rivals England could perhaps ignite that fire to achieve something special.

Team News
Celtic striker Leigh Griffiths has missed out training this week but finds himself back in contention as Strachan has a fully-fit squad to choose from.

Leicester’s Jamie Vardy has pulled out of the England side with a ‘minor injury’ picked up whilst training and full-back Nathaniel Clyne has also withdrawn from the squad. 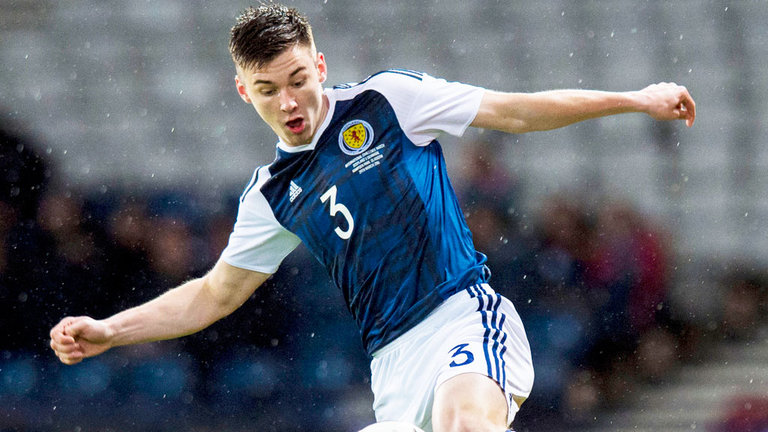 Youngster Tierney has been a rising star for both Scotland and Celtic Photo Credit: skysports.com

Players to Watch
Scotland’s Kieran Tierney has garnered plaudits and adulation for his stellar performances at left-back this season for Celtic – including a wonderful display in The Bhoys’ 3-3 draw with Pep Guardiola’s Manchester City in The Champions League at the beginning of the campaign. Likely to be deployed on the opposite right-hand side again for his country in what will be his fourth cap; 20-year-old Tierney is a marauding full-back with plenty of potential to disrupt opposition defences and undoubtedly has the ability to do so in this game. 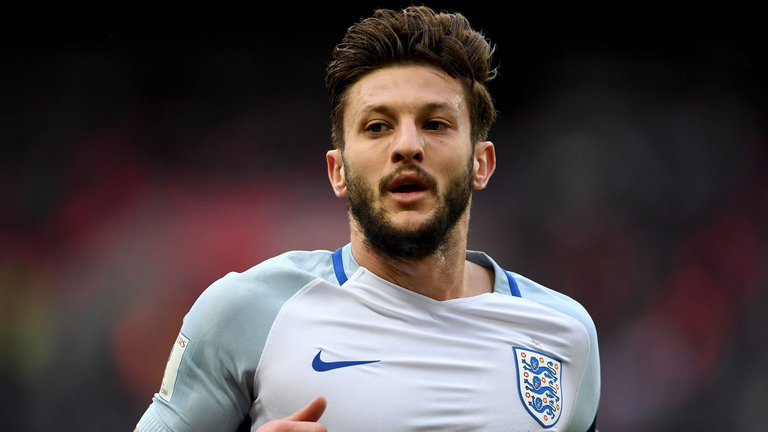 Lallana will be key to opening up the Scotland defence Photo Credit: skysports.com

Adam Lallana is often a player that divides opinion; overrated for his lack of output or underrated for his selfless work-rate – the Liverpool midfielder never has it easy. Despite this; the ex-Southampton man had a wonderful season under Jurgen Klopp in a new central midfield role – contributing 8 goals and 7 assists in 31 appearances in the Premier League. For England, the 29-year-old had to wait until his 27th appearance to find the net, but it came with a pivotal injury-time winner against Slovakia in what proved to be Allardyce’s solitary match. Lallana’s technical ability has never been doubted and with a new-found eye for goal (he has also scored against Scotland and Spain since) could be a difference-maker on the night.

Summary
England are huge favourites to compile Scottish misery, but it will be a tight affair as Scotland will be desperate not to lose and all but eradicate any qualification hopes.
History and form does favour England though, Scotland not being victorious between the two sides since 1999 (3 losses since) and England are undefeated in their last 4 visits to Scotland.

Remarkably, England haven’t been on the losing side in a qualification match since October 2009 so it will take the imaginative and improbable to destroy that record. But in rival matches, anything is possible.