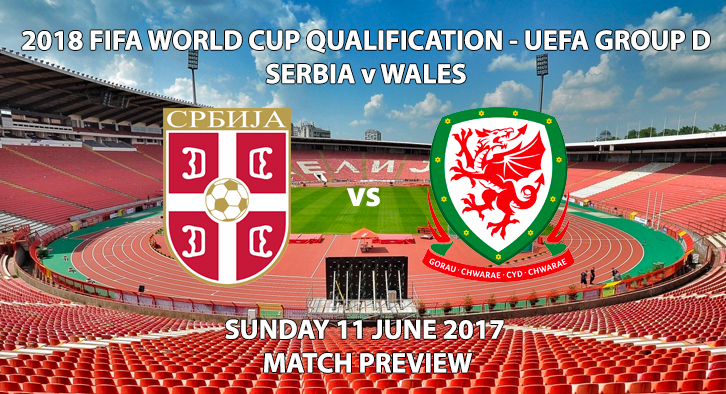 Serbia vs Wales – Match Preview – Wales’ depleted side travel to Serbia desperately looking for a win to give themselves a fighting chance of qualification for the 2018 World Cup.

Four successive draws against Austria, Georgia, Serbia and The Republic of Ireland have left Wales languishing on 7 points in 3rd in Group D, a far cry from the euphoric highs of Euro 2016 where The Dragons defied multiple odds to surprisingly reach the semi-finals. Also 4 points behind today’s opponents and The R.O.I in 1st and 2nd respectively with 5 games of the campaign to go; a first ever victory over Serbia (or formerly Serbia and Montenegro or Yugoslavia) is essential to keep qualification hopes alive for Chris Coleman’s men.
Another rousing aspect will be to seek revenge for the humiliation garnered after a 6-1 demolishing in this fixture in 2012 in what was seen as the flagship result of Coleman’s early reign and the turning point in recent Welsh football.

Serbia are in a strong position at the summit of the table. Slavoljub Bobek’s team are undefeated after 5 matches and have already secured victory over Georgia, Austria and Moldova. An impressive late draw (courtesy of an 88th minute Aleksandar Mitrovic equaliser) at The Principality Stadium in the reverse fixture of this match further highlighted the threat possessed by The Eagles as they seek to consolidate a place in Russia.

Team News
Champions League winner Gareth Bale heads a list of players unable to make the trip; the Real Madrid forward is unavailable due to receiving a suspension after a yellow card in Wales’ last qualifying match against Ireland. Neil Taylor is also suspended after his leg-breaking challenge with Everton full-back Seamus Coleman. Hal Robson-Kanu, James Collins, Andy King and Ben Woodburn are all additionally ruled out with injuries.

For the hosts; the only withdrawals are squad players Nemanja Radoja and Ljubomir Fejsa. 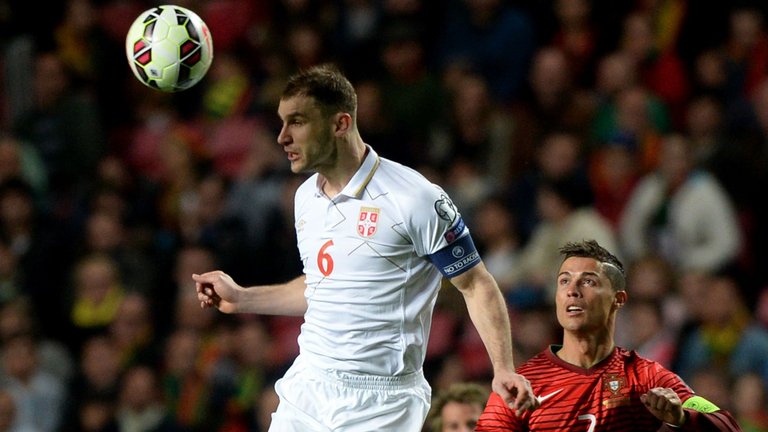 Serbia captain Ivanovic could have his last chance at reaching a World Cup this campaign Photo Credit: skysports.com

Players to Watch
Serbia Captain Branislav Ivanovic is a name well-known across British football having enjoyed an extremely successful 9 years with Chelsea, collecting 3 Premier Leagues, 3 FA Cups, the 2012 Champions League, the 2013 Europa League and the 2015 League Cup. His influence waned towards the end of that spell but is still one of the finest players Serbia have ever produced. If the destructive full-back can channel his past attacking qualities and score in this clash in what would be his 94th cap, he will become the joint second-highest goal-scorer in his country’s history on 13 goals (currently on 12). 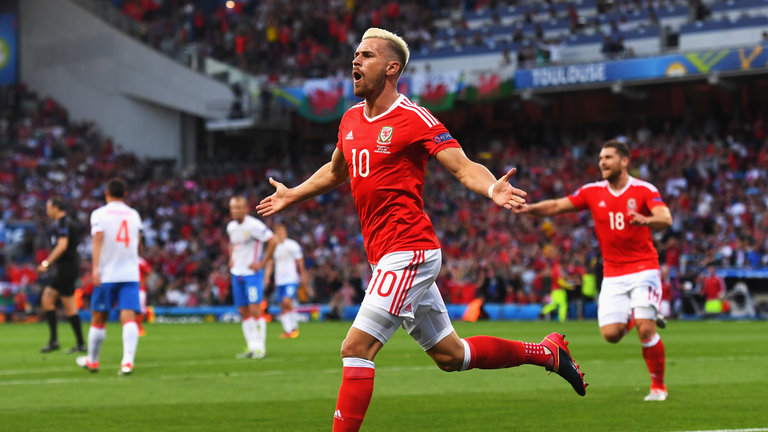 Wales will look to Aaron Ramsey to provide a spark to their side this evening Photo Credit: skysports.com

Aaron Ramsey entertains his fair share of critics in a deeply scrutinised Arsenal side but there is no doubting that the central midfielder possesses vast amounts of ability. Recently having scored his second FA Cup Final winning goal with a fine header against Chelsea; Ramsey will be energised and motivated to continue that form onto the international stage. Taking to the pitch against Serbia will result in his 47th cap and the age of just 26 and his contribution to his country’s fortunes is always positive; proven with his inclusion in the Euro 2016 team of the tournament. The circumstances are now different, however, and Ramsey will have to be at his best to inspire a struggling Wales side to victory in what promises to be an incredibly difficult task.