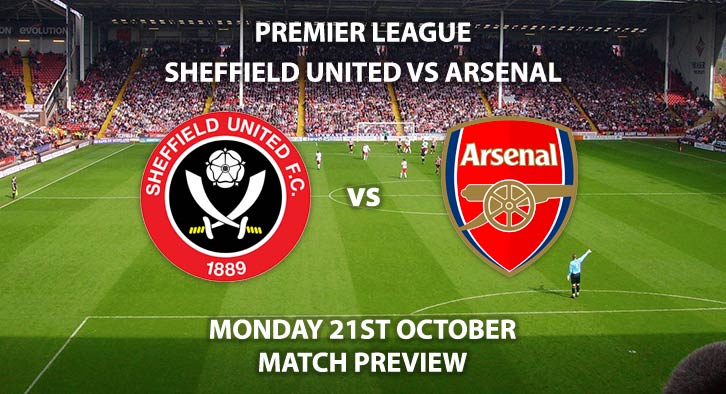 Following the Blades promotion from the Championship in May, many tipped Wilder’s side to struggle this season; their first back in the top-slight since 2007. In fact, United have been a breath of fresh air thus far and have already created a handful of memorable moments; the last-minute opening day equaliser at Bournemouth,  the 2-2 draw at Stamford Bridge as well as their first win of the season against Crystal Palace. Wilder and the rest of his squad will be relishing their return to PL action.

Arsenal come into Monday night’s fixture unbeaten in their last five PL matches, and defeated Bournemouth before the International break. Unai Emery’s side currently it 3rd in the league, one point behind last seasons Champions Manchester City.

Sheffield United went into the International break following the 0-0 draw with Watford, which may in hindsight appear to be a missed opportunity following the Hornet’s poor start to the season; they’re the only side in the league yet to register a victory. But Wilder and his squad will be aware there are many twists and turns to come before the final whistle in May, and that point may well be an important one for whatever reason at the end of the season.

The last time these two sides met was back in 2008 in the League cup, where Arsenal thrashed United 6-0. Arsenal have a strong record against Monday night’s opponents, they’ve won four of the last five against the Blades. You’ll have to rewind to 2006 for the last time Sheffield United tasted victory against Arsenal, where Christian Nade grabbed the winner that night. That night is one which sticks in the mind of Blades fans everywhere, but not just for the win. Phil Jagielka had to spend the final half-an hour in goal following an injury to Paddy Kenny. A memorable night for all associated with Sheffield United.

The referee for Monday nights encounter is Mike Dean. The 51-year old has appeared in seven matches so far this season, accumulating a total of twenty-nine yellow cards in that time. This considered, I would recommend a minimum of 30+ booking points for this fixture. Dean is yet to take charge of a Sheffield United match this season, but did oversee Arsenal’s 2-1 win over Burnley, where he awarded three yellow cards that day.

Sheffield United vs Arsenal will be televised live in the UK on Sky Sports Football with kick off at 20:00 BST.