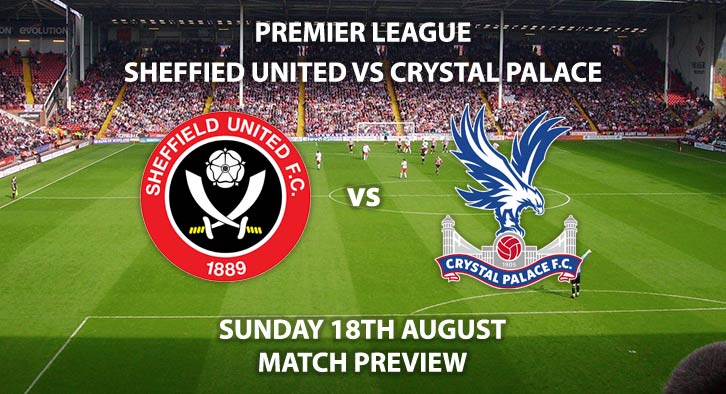 Sheffield United will be looking to get their first win in the Premier League for 12 years when they host Crystal Palace on Sunday.

The Blades welcome Premier League football back to Sheffield for the first time since 2007. Off the back of an impressive 1-1 draw at Bournemouth on the opening day of the season, they’ll be confident of getting something against Crystal Palace. Billy Sharp is vying for starting berth after his late goal from the bench last weekend, with David McGoldrick and Callum Robinson instead preferred upfront.

Oliver McBurnie is also in contention to start the game for his full home debut. The £20m striker enjoyed a fruitful season with Swansea City last term and will want to prove he can cut it in the top flight. The same can be said for most of the United squad, with most unproven at this level. Keep an eye out for Chris Wilder’s overlapping centre-backs, who play a vital role in their fluid back three. Chris Basham and Jack O’Connell spend most of the game on the byline, as part of a revolutionary tactic. Whilst this does leave the Blades exposed at times, it offers a different dimension in attack which is in keeping with Wilder’s attacking philosophy.

Crystal Palace drew 0-0 with Everton last time out so are also looking for their first win of the season. Most of their hopes lie on Wilfried Zaha’s shoulders. The Ivorian was left on the bench in last weekend’s draw after a move away from the club failed to materialise in the summer. It will be interesting to see if Roy Hodgson throws him back in after a week back training with the squad.

Palace are tipped to struggle after an anticlimactic summer window. Zaha is their only real stand out players, especially in attack, which is a concern. They have good technicians in midfield, with James McArthur and Luca Milivojevic, and solid defenders such as Mamadou Sakho. However, without Zaha, they lack that sparkle that can win them a match at the highest level.

David Coote is the referee for this match. The Englishman racked up an average booking points total of 28, across 15 Premier League matches last season. With that in mind, I would recommend a maximum of 40+ booking points for this fixture.

The Blades will need to make their most of home games against teams in the bottom half of the table if they’re to stay up. Bramall Lane should be rocking on Sunday and I think the Blades’ early-season momentum will see them take all three points.

Sheffield United vs Crystal Palace will be televised live in the UK on Sky Sports Premier League HD with kick off at 14:00 BST.