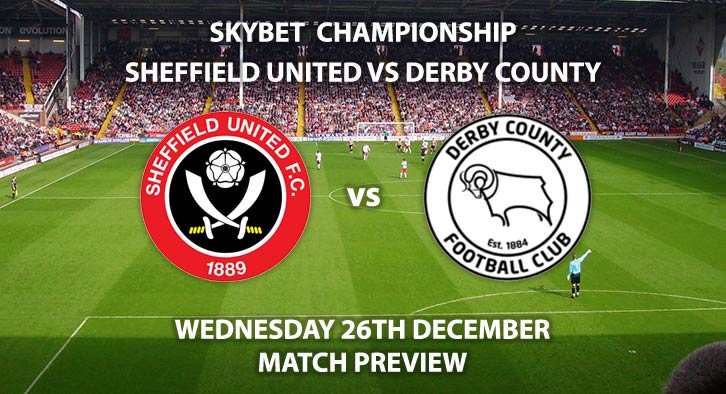 The Blades sit sixth in the Championship, despite a disappointing 1-1 with Ipswich Town at the weekend. Chris Wilder’s side have dropped off from their early-season form, winning just three of their last 11 games. That has seen fall nine points off the top two and clinging off to a top-six place. They hold a three-point lead on the chasing pack ahead of this game. A major problem for United has been their inability to keep clean sheets. In this 11-game run, they’ve kept just two shutouts. If they want to get back to winning ways, they need to go back to basics. It’s vital they avoid defeat in this game, ahead of the January transfer window. Wilder is looking to add three loan additions to his squad and ensuring they are still in the promotion mix could be vital to securing their targets.

Derby sit fifth in the table, directly above their hosts. There is just one point separating these two, which makes the stakes even higher. The Rams have lost just one of their last six games and come into this match in strong form. Frank Lampard’s side face Norwich, Middlesbrough and Leeds United in their next three league games – a run of fixture that will make or break their season. Playing four of the other five top-six sides will allow Lampard to assess exactly where his squad is and where they may need to strengthen. A centre back is believed to be high on their list of priorities, although they do have the fourth-best defensive record in the league.

Geoff Eltringham is the referee for this game. The Englishman has taken charge of 13 matches this season. In that time, he has accumulated an average booking points total of 28.1. As a result, I would recommend a maximum of 40+ points for this game.

Sheffield United have struggled against the top six. They have lost to Middlesbrough, West Brom, Forest and Derby already this campaign. As a result, I think the Rams could do the double and come away with three vital points.

Sheffield United vs Derby County will be televised live in the UK on Sky Sports Football with kick-off at 15:00 GMT.