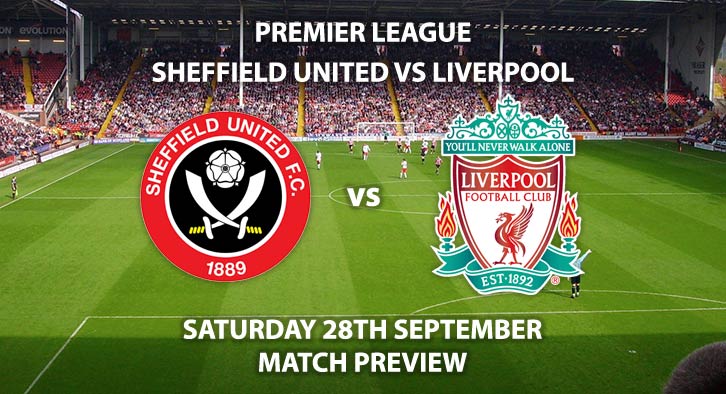 Liverpool will be looking to continue their unbeaten streak when they head to Bramall Lane for the early kick-off on Saturday.

Klopp’s men are in top form at the moment winning all of their six games on the bounce to kick start their 2019/20 Premier League season. They have already opened up a five-point lead over second in the table, Manchester City

However, The Blades will be fielding a full team following their midweek 1-0 defeat against Sunderland. Chris Wilder’s side are currently sitting 10th in the table and have started the season in decent fashion, not giving points away easily.

It’s really hard to see this going Sheffield’s way even at the 8/1 available with bet365, I couldn’t back them for the win, even with counterfeit money. I can see them coming out and going for it like Norwich City and playing on the front foot but I just don’t see the same result.

Sheffield have a fairly talented squad truth be told but they are just lacking class finishers. Liverpool however ooze attacking skills and I could see them winning this with a score like 3-1, which at best price 11/1 with bet365 is a bet for me. The Blades have only failed to score in one of their six EPL games this season, so I have a feeling they might bang one in.

Goals from Roberto Firmino and Trent Alexander-Arnold against Chelsea saw Premier League history made as they became the first side to win their first six opening games in consecutive seasons. With all this in mind I just cannot see Liverpool not coming out of this with three points.

The referee for the match will be Anthony Taylor. Taylor has shown more yellow cards early on the season than any other referee. He has refereed five United games, and sent off Basham in a 3-0 win over Blackburn Rovers last season. The Blades have however been given three penalties across the five matches from Taylor.

Sheffield United vs Liverpool will be televised live in the UK on BT Sport with kick off at 12:30 BST.