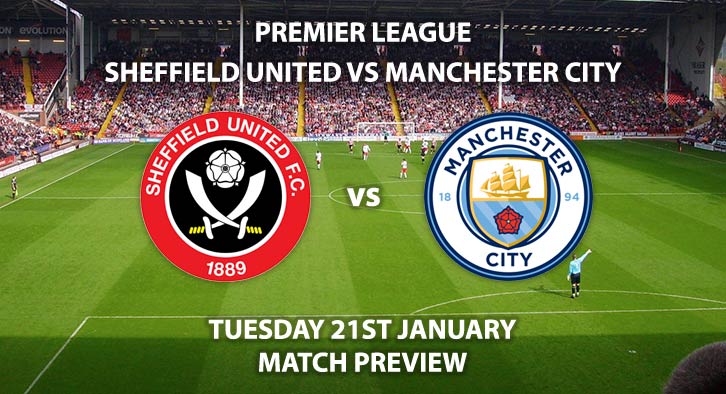 The hosts are enjoying an incredible season under Chris Wilder after promotion last season and clinched a dramatic draw against Arsenal on the weekend. Meanwhile, City also drew on the weekend – much to their dismay – against Crystal Palace who appear to be their ‘bogey team’.

Sheffield United are priced at 7/1 to win the match by SkyBet and add to Man City’s misery. The Blades are currently 7th in the league standings and against all the odds are pushing for Europa League qualification this season. They have made Brammall Lane a fortress in recent weeks and are unbeaten in four matches at home, winning three of them.

Going forward, summer signing Oli McBurnie is finding his feet and quickly becoming a fan favourite with the Bladesmen. He is priced at 7/2 to score anytime against a leaky City defence.

Manchester City are priced at 4/11 to win and make up for more points dropped on the weekend. Pep Guardiola’s side will be disappointed with their last result – a 2-2 draw at home with Crystal Palace – as it gives Liverpool even more space at the top of the league. Whilst defending their title seems to be a near impossible task, they still have their eyes on Champions League glory and qualification for next season.

Striker Sergio Aguero continues to break records with a late brace last time out. He now has 15 goals for the season and is priced at 12/5 to break the deadlock.

The referee for this match will be Lee Mason. The official has not been shy reaching into his pocket this season and has an average of 37.5 booking points from his 10 topflight matches.

– The hosts will put up a good fight but a City team with a point to prove are a dangerous prospect.