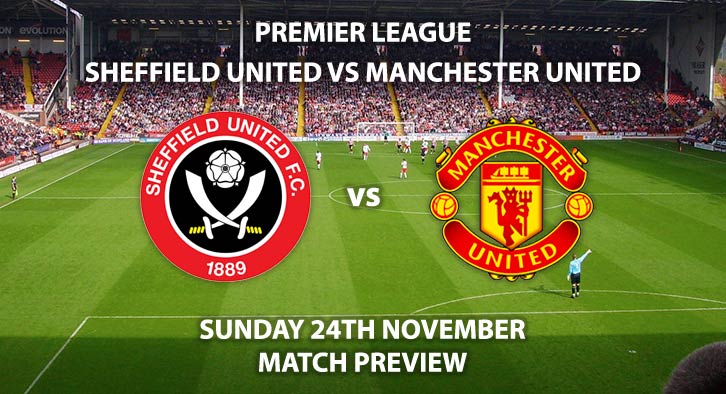 Sheffield United return to Premier League action this weekend as they host Manchester United at Bramall Lane on Sunday afternoon.

Its somewhat of an understatement to suggest that Chris Wilders side are enjoying themselves in the big time, following their promotion from the Championship last season. The Blades find themselves 5th in the league, just below last seasons Champions Manchester City, and above Arsenal and this weekend’s opponents, Manchester United.

Sheffield United are unbeaten in their last five Premier League outings and haven’t lost since the end of September. Since defeat, Wilder’s side have defeated both Arsenal and Burnley at home, as well as take points from Tottenham away, their most recent fixture.

Manchester United entered the international break with a 3-1 win against Brighton at Old Trafford. Ole Gunnar Solskjaer’s side have lost one of their last four in the league, which came away to Bournemouth at the beginning of the month.

Its away from home which has been the Red Devil’s Achilles heel thus far, with United picking up a total of five points out of fifteen available on the road. United’s only away win this season came in the 3-1 win away to Norwich at the end of October.

The referee for this weekends encounter is Andre Marriner. The 48-year old has taken charge of eight Premier League matches so far this season and has accumulated a total of eighteen yellow cars, and one red. This considered, I would recommend a minimum of 30+ booking points for this fixture. Marriner is yet to take charge of a match involving Manchester United this season, but did oversee Sheffield United’s 0-0 draw away at Watford, where he awarded two yellow cards.

This match will be shown live on Sky Sports Premier League, with kick-off scheduled to take place at 16:30 BST.