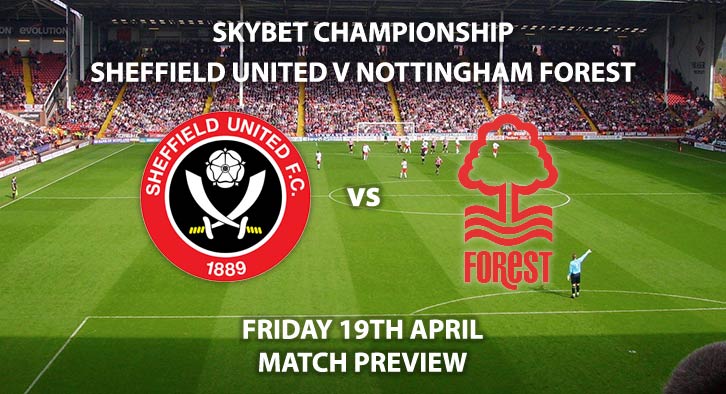 The Blades suffered a massive blow to their hopes of finishing in the top two last weekend, after drawing 1-1 with Millwall. Chris Wilder’s side were already down ten men and had seen the Lions miss a penalty before Jake Cooper headed in a 95th-minute equaliser. After drawing by the same scoreline in midweek with Birmingham too, United are now three points behind Yorkshire rivals Leeds United, with four games remaining. Wilder’s side must win all of their remaining games and hope the Whites slip, or they will end the season in the play-offs. Top-scorer Billy Sharp is enduring a barren spell at present. The Blades’ leading marksman has scored just once in his last nine games.

Nottingham Forest’s hopes of a play-off spot are over, after suffering three straight defeats. Martin O’Neill’s side sit 11th in the table, eight points behind Bristol City, with four games to play. The Owners’ gamble of replacing Aitor Karanka with O’Neill hasn’t paid off, and the Tricky Trees have won just one of their last six games. With little to play for, it will be interesting to see how City approach this. Some players may already ‘be on the beach’, whilst others will still be playing for their long-term futures at the City Ground. They haven’t won away from home since November, to make matters worse.

Andrew Madley is the referee for this fixture. The Englishman has officiated 39 second-tier matches this season. In that time, he has accumulated an average booking points total of 31.9. Therefore, I would advise a maximum of 50+ total points for this fixture.

Sheffield United will be desperate to get back to winning ways and must win this game. Forest have nothing to play for and are in bad form. That formula equals a home win.

Sheffield United vs Nottingham Forest will be televised live in the UK on Sky Sports Football with kick off at 12:30 GMT.