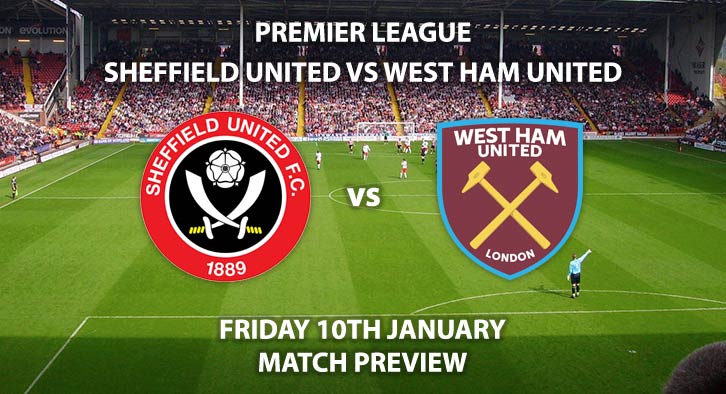 Both sides will be eager to return to league action following their wins in the FA Cup last weekend. Sheffield United were 2-1 winners over non-league AFC Fylde, meanwhile West Ham were 2-0 winners away at Gillingham.

Sheffield United are more than holding their own in their first top-flight campaign since 2007, and currently sit eighth in the table. The Blades will be keen to return to winning ways in the Premier League however, following back-to-back defeats to Manchester City and Liverpool before their FA Cup affair.

West Ham on the other hand are adjusting life under new management following David Moyes appointment at the beginning of the year. The Scot returns to the London Stadium for his second stint with the Hammers, following an uninspiring reign two year ago. Moyes’ main goal will be to distance West Ham from the relegation places, where they currently sit two points above.

Moyes kicked off his second spell in London with a 4-0 win over Bournemouth, a victory which ended five consecutive defeats in the league.

Sheffield United have lost one of their last five home matches and are priced at 21/10 on SkyBet to get the three points.

These two sides lined up at the end of October and played out a 1-1 draw at the London Stadium. Robert Snodgrass’ opener for the hosts was cancelled out by Lys Mousset’s second half strike.

West Ham have won only once of their last eight against Sheffield United, with their last win coming in November 2006. Their winless run at Bramall Lane extends back to September 2004, where they ran out 2-0 winners in the Championship.

The referee for this encounter is Michael Oliver. The 34-year old has taken charge of sixteen matches in the league, accumulating a total of fifty-five yellow cards. Oliver is yet to award a red card in the Premier League this season.

Oliver has yet to take charge of Sheffield United so far this season but has overseen matches involving West Ham twice this season. He awarded five yellow cards in the Hammers’ 2-1 defeat to Crystal Palace, and five more in their 3-2 defeat to Spurs.

Sheffield United vs West Ham United will be televised live in the UK on Sky Sports Main Event with kick-off at 20:00 GMT.