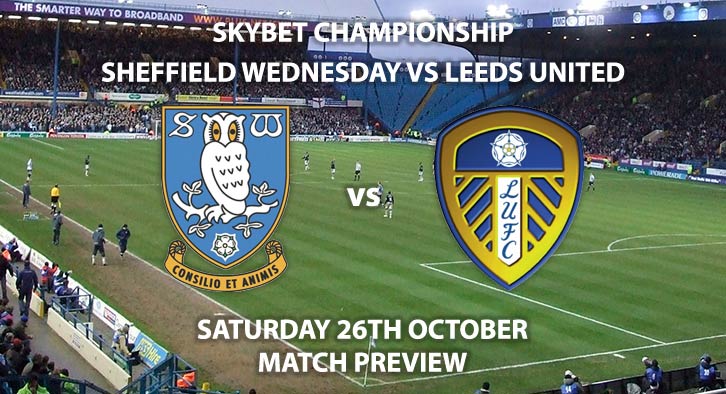 Sheffield Wednesday return to Hillsborough on Saturday lunchtime as they host Leeds United in the Sky Bet Championship.

Wednesday, who have been in inspired form since Garry Monk’s arrival in September currently sit 3rd in the League, just a point behind this weekend’s opponents. Wednesday have lost only once in the league since Monk’s appointment and have taken fourteen points out of a possible twenty-one available. Its been quite the shift in form since their dismal start to the campaign, where they lost three of their opening four fixtures.

As far as Leeds are concerned its normal service resumed under Marcelo Bielsa. They currently sit 2nd in the league, bettered only by West Bromwich Albion who are top of the pile. Arsenal loanee Eddie Nketiah’s late equaliser against fellow promotion rivals Preston prevented a fourth defeat of the season for the Yorkshire side. Leeds have lost once in their last five, which came away to Millwall at the beginning of the month, United had Gaetano Berardi sent off early on in that game, where the hosts were awarded a pretty controversial penalty. Its no secret of Leeds burning desire to return to the top-flight which is where they feel they belong, and under the Argentine Bielsa’s guidance that is the primary objective for this forthcoming season, but as we know in football there are many twists and turns to unravel across the course of the season.

The recent form between these two sides over recent years has been reasonably equal. Leeds were winners last time round, winning 1-0 at Elland Road thanks to Jack Harrison’s second half strike. Yet the season before, Wednesday completed a league double over United, which is something they hadn’t done since the 1959/60 season.

In the last seven fixtures between these two, BTTS has landed twice which indicates this is a reasonably low scoring fixture. Both sides have a combined total of eleven clean sheets in the Championship so far this season (Sheffield Wednesday 5, Leeds United 6), which illustrates their defensive capabilities. BTTS- NO may be a market worth searching for this fixture.

The man who takes charge for Saturdays clash is Timothy Robinson. The Englishman has overseen a total of nine matches so far this season, accumulating a total of thirty yellow cards and one red card in these matches. This considered, I would suggest a minimum of 30+ booking points for this fixture.

Sheffield Wednesday vs Leeds United will be televised live in the UK on Sky Sports Football with kick-off at 12:30 BST.