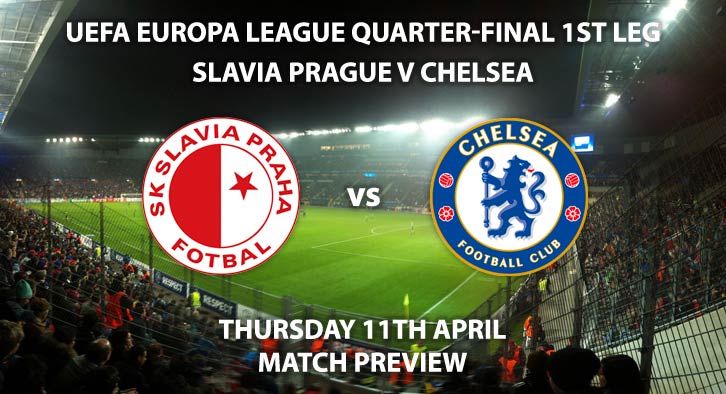 This match marks the first leg of their two-legged tie. Chelsea waltzed past Dynamo Kiev in the previous round winning 8-0 on aggregate. Meanwhile the hosts were in the tie of the round and knocked out Sevilla 6-5 over 180 minutes.

Slavia Prague are under dogs for this match despite having home advantage and are priced at 4/1 to win by SkyBet. The hosts enter this match in some great form. They are unbeaten in ten matches across all competitions including three Europa League matches. Amazingly, not one of their players has scored more than twice in this competition. However, Striker Miroslav Stoch has been their top scorer in the Czech Republic Premier division. He is 7/2 to score anytime.

Chelsea are priced at 4/6 to win the match. Maurizio Sarri’s side have been very clinical in this tournament and backed that up in the last round. Striker Olivier Giroud has been in incredible form in this tournament, leading the race for the golden boot with nine goals and two assists. The Frenchman’s target man like style of play will be a huge threat to the Prague defence and he is 7/2 to score first.

In their last outing, Eden Hazard stole the headlines with a show stopping brace against West Ham to assert himself once more as their most talented player. He is 7/5 to score anytime.

The referee for this match will be German Felix Zwayer. In the last round, Slavia Prague were awarded 40 booking points against Sevilla.

Slavia Prague vs Chelsea will be televised on BT Sport 3 and kicks off at 20:00.

– The visitors have been formidable in this competition and have too much quality for the hosts.