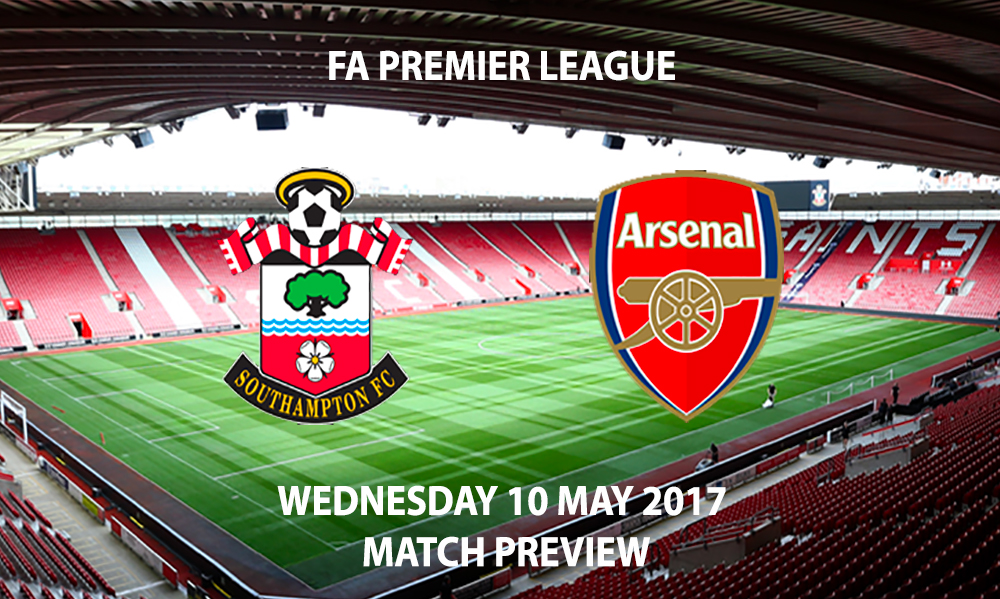 The Gunners are buoyant after excellent victories against Manchester City in the FA Cup semi-final and overcoming Manchester United in the Premier League – ending a season record of 25 undefeated games for The Red Devils in the process.

Many fans have been calling for the head of Arsenal boss Arsene Wenger due to perceived underperformances by the North-London club in recent times and the Frenchman’s side face an uphill struggle to sneak into a Champions League place this campaign.

The task ahead is clear – sitting 7 points behind Liverpool with two games in hand and 6 points behind City with one game in hand; failure to continue the momentum of late by defeating Southampton will all but quash Arsenal’s hopes of elite European football next term.

Southampton themselves have had a strong season and are once again consolidating a top half finish despite battling the loss of star players and a manager – Sadio Mane and captain Jose Fonte have departed to Liverpool and West Ham respectively alongside the now-Everton manager Ronald Koeman.

Claude Puel has done a stellar job in steadying the ship and lead the Saints to their first cup final since 2002/03 as they were narrowly defeated by Manchester United 3-2 at Wembley whilst additionally challenging to break into the division’s top 8. 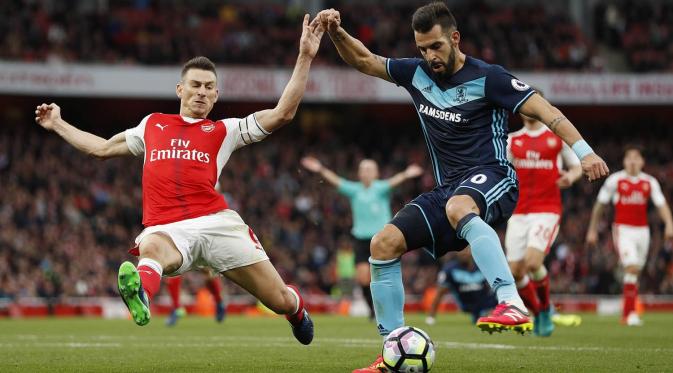 Team News
The main story from Arsenal’s camp is that star defender Laurent Koscielny is battling to find fitness for the match. A late decision on the French international’s calf knock will be made to determine if he will feature.
Shkodran Mustafi and Santi Cazorla will remain unavailable but Granit Xhaka and Lucaz Perez are set to come back into contention. 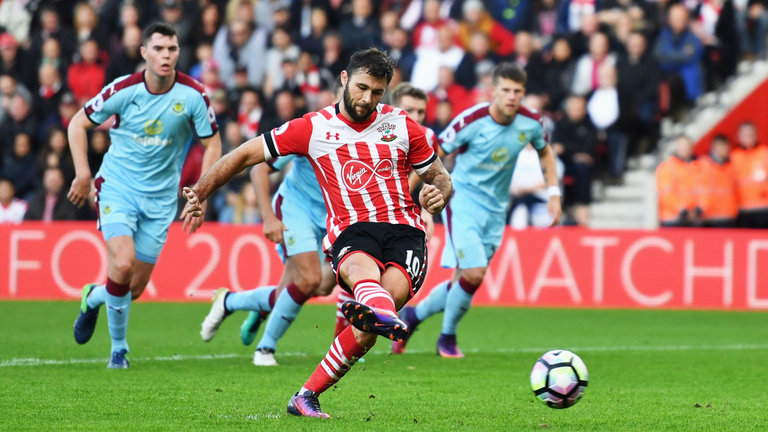 In-demand centre-back Virgil van Dijk and back-up goalkeeper Alex McCarthy are both still unfit to play but there could be a possible return for striker Charlie Austin; who featured in the u23s on Friday. Matt Target was also involved in that match and is set to fight for a place.

Summary
This promises to be an intriguing match-up as both teams have history – be it recent or late – that lends themselves to struggle in this encounter:

Southampton have failed to score in 3 of their last 4 home matches, and only registered a meagre 10 shots on target across their last 5 games in the Premier League in total. Manolo Gabbiadini was purchased to rectify the problem created in attack while Charlie Austin has been injured but after a strong start of 4 goals in his first 3 appearances the Italian has failed to score in his last 5 games.

Conversely; Arsenal have failed to win in their last 5 league visits to Southampton – the Saints are attempting to complete 3 consecutive home league victories over the Gunners for the first time since 1985.

Add to that Arsenal’s horrendous recent away record of losing 5 of the last 6 away Premier League games and it becomes even more difficult to decide a winner here.

Recent history between the two teams also causes further ambiguity in picking a favourite, Arsenal’s last fixture at St Mary’s resulted in a resounding 5-0 demolishing in favour of Wenger’s side in the 4th round of the FA Cup this season. The last time The Gunners visited in the league, however, was a different story – Southampton emerging victorious in a brilliant 4-0 win.