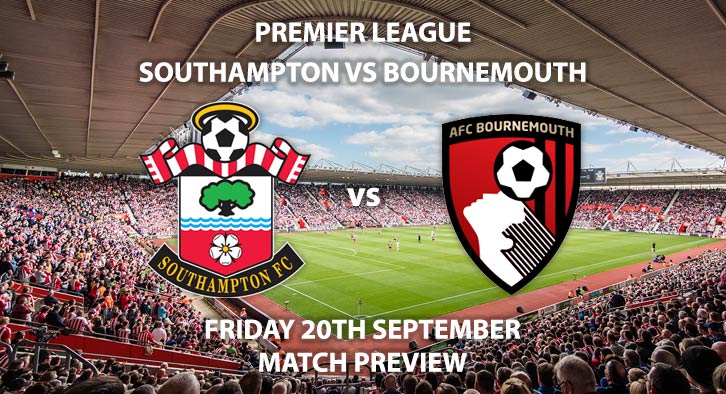 The host come into Friday nights fixture in a good vein of form. Ralph Hasenhuttl’s side are unbeaten in their last four matches and sit 10th in the Premier League following their 1-0 win at Sheffield United. Bournemouth too come into this fixture on the back of a win. Sundays 3-1 triumph over Everton means the Cherries now occupy 9th place, just one above Friday nights opponents.

The most recent meeting between these two sides dates to April, and what a thriller it was. Callum Wilson struck twice, with his second coming in the 87th minute for Bournemouth to ensure a share of the spoils in a 3-3 draw. Wilson to score twice this time round is priced at 12/1 on SkyBet. Wilson has netted three times already this season, including a brace in last weekends win over Everton.

Southampton’s summer signing Moussa Djenepo has enjoyed a bright start to life in the Premier League. The £15 million-pound signing from Standard Liege has scored twice in three appearances for the saints, including the wonderful solo goal which sealed all three points against Sheffield United. The Mali international is priced at 9/4 on SkyBet to score anytime.

Southampton come into the fixture priced at EVENS on SkyBet to grab all three points. The Saints only home defeat so far this season came from Liverpool in August on matchday two. Their other home fixture ended in a 1-1 stalemate with Manchester United, which was celebrated emphatically by Hasenhuttl as his side were reduced to ten men with just short of half an hour remaining. Bournemouth’s only points on the road this season came in the 2-1 victory against Aston Villa. The Cherries were thumped 3-1 at Leicester in their last away game and will be hoping for a more positive outcome on Friday evening. Bournemouth are priced at 5/2 on SkyBet to get the win.

Chris Kavanagh is the man in the middle for Friday nights encounter. Kavanagh has appeared three times in the Premier League this season had has issued three yellow cards. With this considered, I would recommend a maximum of 30+ booking points for this fixture.

This fixture will be shown live on Sky Sports Premier League with kick off scheduled to take place at 20:00 BST.