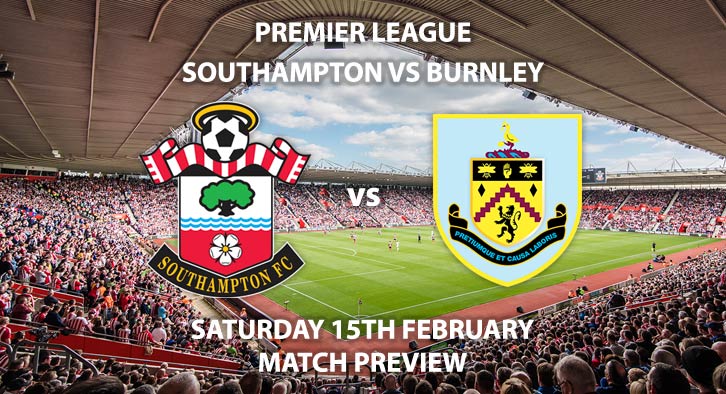 Southampton return to St Mary’s on Saturday lunchtime as they host Burnley in the Premier League.

The winter break came at the wrong time for both of these sides, as they had each strung together a good run of results, which had seen them climb the table. If this fixture was a month ago, it would be dubbed as a relegation battle, but following their impressive form, both sides seem to be clear of the dreaded drop.

Ralph Hassenhuttl’s Southampton side have lost only two of their last eight, a run which included wins over Chelsea and Spurs, meanwhile Burnley have lost one of their last five, and in that time recorded victories over Leicester, and impressively away to Manchester United at Old Trafford. Sean Dyche saw his side rise as high as eleventh.

Much has been made of the form of Danny Ings this season, and whether his goalscoring return, and overall form warrants a place in Gareth Southgate’s Euro 2020 squad this summer. Ings has scored fourteen goals this season, and is priced at ¾ on SkyBet to score in 90 minutes.

The last meeting between these two sides resulted in a convincing 3-0 for the Clarets. In fact, Sean Dyche is unbeaten against Southampton for the last four years and has seen his Burnley side open up a six-game unbeaten run against Saturday’s opponents. Southampton’s last win in this fixture came in October 2016.

The referee for this encounter is Simon Hooper. The 37-year old has taken charge of seven Premier League fixtures this season and has been one of the more lenient match officials. Hooper has averaged just over three yellow cards per game, and this considered I would recommend a maximum of 40+ booking points for Saturday lunchtime’s encounter.

Southampton vs Burnley will be televised live in the UK on BT Sport 1 HD with kick-off at 12:30.