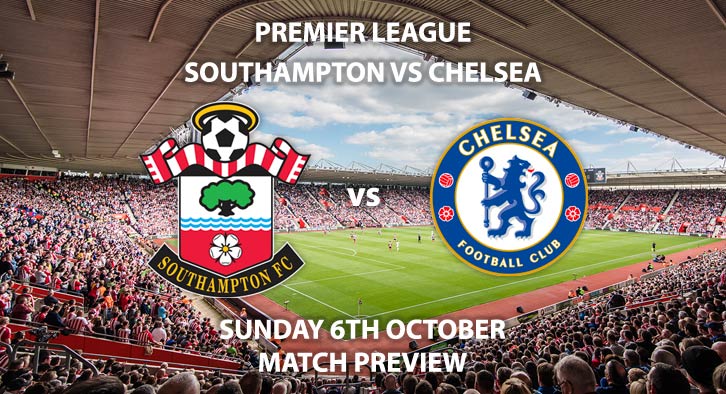 Chelsea return to Premier League action this weekend as they travel to Southampton on Sunday afternoon.

It’s a quick turnaround for the Blues, as they have no time to dwell on Wednesday night’s Champions League win over Lille. Instead, attention turns straight back to the Premier League, where Chelsea’s pursuit of the top 4 continues.

Frank Lampard will be hoping his side don’t ensure any kind of Champions League hangover following their midweek clash against Lille. Chelsea look to have put their slow start to the Premier League season behind them and have only lost once in their last seven PL matches, that defeat coming at the hands of league leaders Liverpool in September. Their opponents Southampton have suffered a slight dip in form and have lost their last two PL matches. Saints have already displayed they can mix it with the big boys this season. They drew 1-1 with Manchester United after playing a lengthy period with ten men, and a lack of any clinical edge prevented them from taking points off Liverpool at the end of August. This will be by no means an easy game for Frank Lampard’s youthful Chelsea side.

Tammy Abraham has started his Chelsea career emphatically, scoring seven times in the Premier League which includes his hat-trick against Wolves. The Chelsea frontman’s season total is only bettered by Manchester City’s Sergio Aguero with eight. Frank Lampard’s faith in his younger players is beginning to pay dividends, as Chelsea’s surge up the table continues, spearheaded by the fearless Abraham. SkyBet are offering odds of EVENS for Tammy Abraham to score on Sunday. Five of Abraham’s seven PL goals this season have come away from home.

The referee for Sunday afternoon’s clash is Paul Tierney. The 38-year old has overseen five PL fixtures so far this season, awarding seventeen yellow cards. This considered, I would recommend a maximum of 40+ booking points for this fixture. Tierney is yet to officiate any of these sides so far this season.

This match will be shown live on Sky Sports with kick off scheduled to take place at 14:00 BST on Sunday afternoon.