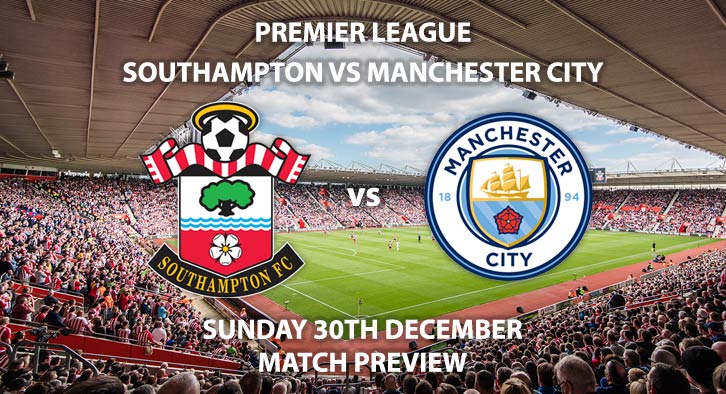 Southampton will host Manchester City in Premier League action on the last Super Sunday of 2018.

The Saints have improved with two wins from their last three matches however lost their previous outing against West Ham but have climbed out the relegation zone. Meanwhile, City have shocked the league with two consecutive losses after many tipped them for an invincible season.

Southampton are a massive 17/2 from SkyBet to win this match. Despite their better form in recent weeks with the managerial change, Southampton’s home form is yet to make for good reading. They have just one home win all season. Going forward, Danny Ings has been a breath of fresh air for the home side. His seven goals have been crucial to their plight and he is 9/4 to score anytime.

Defensively the home side have been poor. In eight of their last nine Premier League matches, both teams have scored. If you fancy backing big odds, SkyBet are paying out at 16/1 for Southampton to win and both teams to score.

Manchester City are clear favourites for this encounter and are priced at 3/10. City’s last two outings have seen them lose to Leicester and Crystal Palace. They are now seven points behind Liverpool who are first in the league. It’s been their worst form of all time under Pep Guardiola. Over the length of the campaign however they have not struggled for goals. Sergio Aguero has scored eight goals whilst fellow attacker Raheem Sterling has scored nine. They are 11/4 to both score in this match.

It would be an incredible feat if City were to lose this match and it is highly unlikely. However, they have kept just one clean sheet in their last eight matches in all competitions. They are 13/8 to win and both teams to score.

The referee for this match will be Paul Tierney. The official has averaged 40 booking points per match in his 11 Premier League games.

Southampton vs Manchester City will be televised on Sky Sports Premier League HD and kicks off at 14:15.

– City will bounce back with a comfortable victory after a torrid week.

Odds and markets last updated on Sunday 30th December @09:44 GMT. Keep checking back to see if there’s any updates to markets – the time stamp in the previous sentence for when we update tips on this page will be updated.