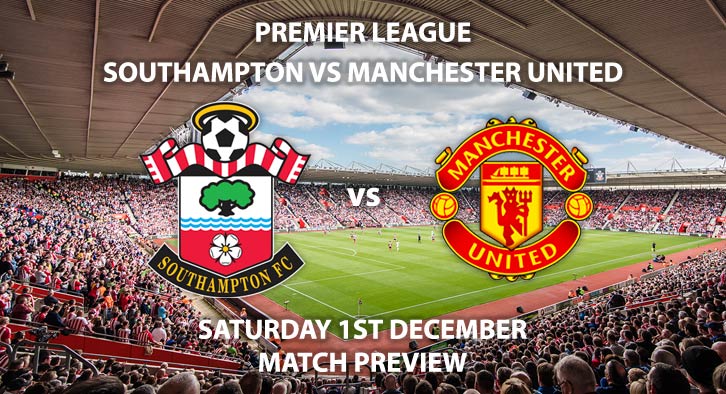 Southampton vs United: Manchester United take on relegation strugglers Southampton looking to close the gap on the top four.

Jose Mourinho’s side picked up a disappointing result last weekend as they drew 0-0 with Crystal Palace at Old Trafford. That result leaves them seventh in the table, seven points behind the top four. In midweek, they returned to winning ways, although they left it late. Marouane Fellaini’s 90th-minute winner saved Mourinho’s blushes as they beat Young Boys 1-0 at Old Trafford. That secured United’s route into the knockout stages; they can still top Group F with a win at Valencia as long as Juventus drop points. Romelu Lukaku recorded another game without a win, meaning he has nearly gone 1000 minutes without a goal for the Red Devils. The Belgian forward desperately needs a goal to boost his confidence. At the moment he is overthinking every movement, which often happens for strikers during a goal drought. One goal could change his season; the sooner, the better.

Southampton dropped into the bottom three after a 3-2 defeat to Fulham last weekend. The pressure is beginning to mount on Mark Hughes as their winless run continues. They now haven’t won in ten matches and have taken just eight points from 13 league games. However, they are just one point adrift from safety, so they are far from dead and buried. The Saints main issue has been goals, only Crystal Palace and Huddersfield Town (8) have scored less than their 11 goals. If they are to find a way to survive, they are going to have to find the net more often. Whether that is through a change of system, manager, or personnel, remains to be seen.

Kevin Friend is the referee for this game. The Englishman has officiated nine top-flight games this season. In that time, he has accumulated an average booking points total of 34.4. Therefore, I would recommend a maximum of 50+ points or this fixture.

Manchester United are desperate for a win and Southampton seem the perfect opposition for them right now. The Saints are in dire form and that could hand the Red Devils a much-needed three points.

Southampton vs Manchester United will be televised live in the UK on BT Sport 1 with kick-off at 17:30 GMT.