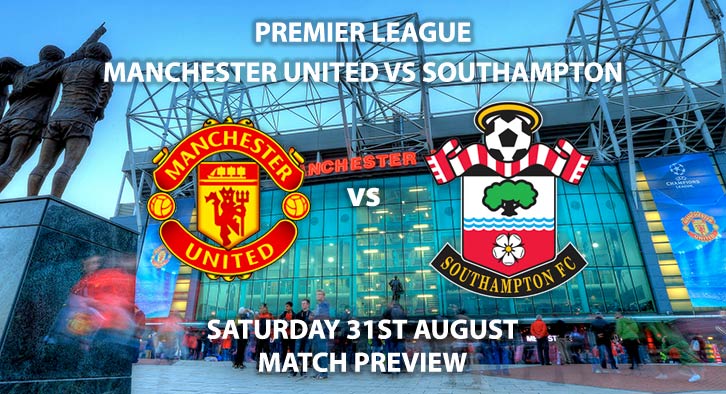 Manchester United will be looking to bounce back from their shock defeat to Crystal Palace this weekend as they take on a resurgent Southampton on the South Coast.

It’s been a tough week for Ole Gunnar Solskjaer after watching his side humbled by Palace last Saturday. It was a day to forget as Dan James looked to have grabbed a point for the Red Devils, only for David de Gea’s error to allow Patrick van Aanholt to secure a famous away win. To make matters worse, Marcus Rashford missed a penalty with the Eagles 1-0 up, only adding to the controversy from Paul Pogba’s saved spot-kick against Wolves.

After such a promising result on the opening weekend, a return of four points from three games is underwhelming. United will once again be reliant on Rashford and Martial in attack, with Alexis Sanchez’s loan move to Inter Milan all-but complete. The Chilean’s Manchester nightmare seems to be over and he will undoubtedly go down as one of the biggest waste of money in the club’s proud history. That puts even more burden on the shoulders of United’s young attacker, who have started the season in fine fettle.

Southampton secured their first win of the season with a hard-earned 2-0 victory over rivals Brighton. Whilst Ralph Hassenhuttl’s side were only up against ten men for much of the encounter, it didn’t make Moussa Djenepo’s debut wonder-strike any less sweet. It was also a first clean sheet of the season for the Saints who will be buoyed by this much-needed result.

Southampton will now be hoping to secure a first home win of the season, albeit against tough opposition. With games against Sheffield United and Bournemouth to come, those fixtures will be a much fairer representation of the progress they’ve made under Hassenhuttl. This, as was the Liverpool match, is a free hit. They can go out without any fear and hope to take advantage of a fragile Manchester United outfit.

Southampton definitely have the tools to trouble Manchester United who desperately need a result. I think the Red Devils will sneak this one but it wouldn’t shock me to see a score draw.

Southampton vs Manchester United will be televised live in the UK on BT Sport 1 with kick off at 12:30 BST.