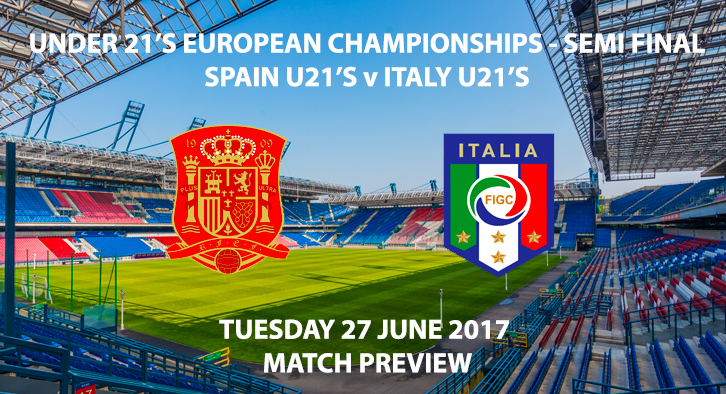 Spain U21’s vs Italy U21’s – Match Preview – The second Semi Final of the UEFA U21’s European Championships see’s two of the most successful nations go head to head as Spain take on Italy, a repeat of the 2013 final in which the Spaniard’s won 4-2. The winners will reach the final and take on either England or Germany, which kick’s off at 4pm.

Spain will be fresh after their victory over Serbia, in which a 1-0 win ensured them winners of the group. Spain manager, Albert Celades, made 11 changes to his side’s last group game and will hope the squad are ready for the big clash against the Gli Azzurri.

Italy reached the Semi Final after a 1-0 win over Germany, a single goal from Federico Bernadeschi grabbed the Italians their place as group winners.

Both sides will hope to keep their back line in tact as both nations have had 2 clean sheets so far in the tournament. Spain have scored 9 goals and only conceded the one goal whilst the Italians have scored 5 and conceded 3; which all 3 came against the Czech Republic.

Saul and Ascensio will be key to Spain’s hopes of reaching the final Photo Credit: skysports.com

Spain look set to recall Saul Niguez, Marco Ascensio and Hector Bellerin against the Italians, who were all unused substitutes in the win over Serbia. No injury concerns for Albert Celades and his squad.

Italy will be without creative force, Domenico Berardi, and Andrea Conti, who are both suspended due to receiving their 2nd bookings of the tournament, who will be a huge miss for the Italians. 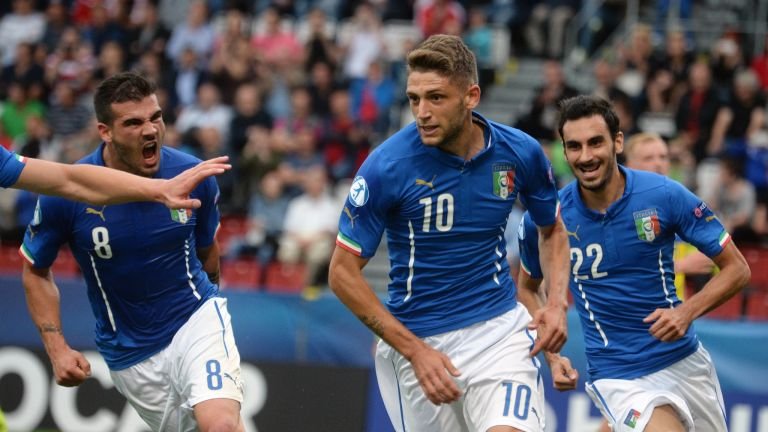 Domenico Berardi will be a huge miss for the Italians Photo Credit: skysports.com