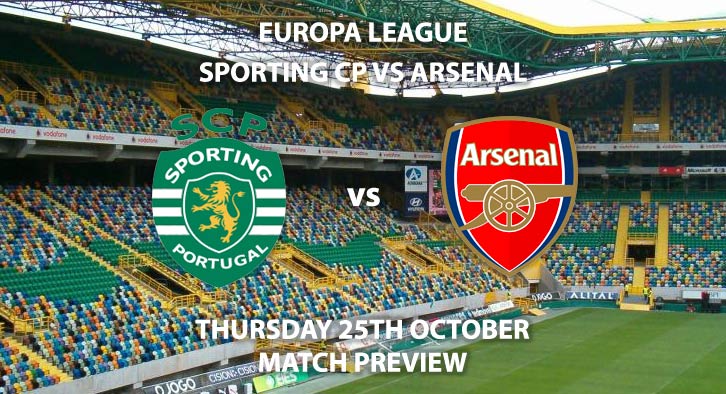 Sporting Lisbon vs Arsenal: Arsenal face their toughest Europa League assignment as they take on Sporting Lisbon looking for their 11th consecutive win in all competitions.

The Gunners extended their run to ten games on Monday night, coming from behind to beat Leicester 3-1. Mesut Ozil was the star of the show as he orchestrated a scintillating fightback. The German scored the first before playing major roles in the second and third which saw the Gunners run out deserved winners. Prior to Ozil’s intervention, Leicester had looked value for their lead, causing major problems. With Sokratis Papastathopolous injured, Rob Holding deputised in defence. After picking up an early booking, the Englishman could have easily conceded a penalty, with the score at 0-0. That further underlined the need for patience as Unai Emery moulds his squad over the coming seasons.

Pierre-Emerick Aubameyang continued his fine form in front of goal with another brace off the bench. The Gabonese striker achieved the same feat in their victory over Fulham a fortnight ago. With Alexandre Lacazette playing so well, Emery has a real headache to get his two star strikers on the field together, in a suitable formation. Having started the last two on the bench, Aubameyang could be a great bet for first goalscorer If he starts this match.

Sporting Lisbon have had a tricky start to their league campaign. They sit in fifth place in the Primeira Liga, four points behind league leaders Benfica. They have, however, won five of their last seven games in all competitions, including both of their Europa League matches. Former Manchester United winger Nani is their top scorer this season, with three goals and two assists in seven league matches.

Damir Skomina is the referee for this game. The Slovenian official has an averaged 4.30 card per game across 150 games. As a result, I would recommend a maximum booking points total of 60+ points for this game.

Whilst this is still Arsenal’s toughest game in Group E, I’d still expect them to win. Much will depend on the side Emery fields, and how many youngsters he starts. Either way, I think they will get another victory, albeit by a narrow margin.

Sporting Lisbon vs Arsenal will be televised live in the UK on BT Sport 1 with kick off at 17:55 GMT.

Odds and markets last updated on Thursday 25th October 2018 @16:49 GMT. Keep checking back to see if there’s any updates to markets – the time stamp in the previous sentence for when we update tips on this page will be updated.