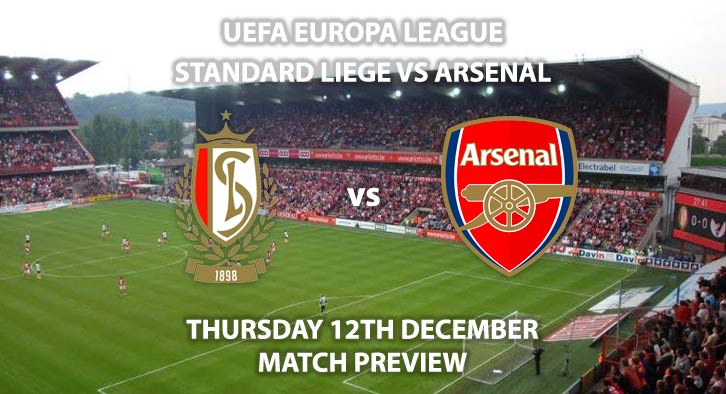 Arsenal return to Europa league action on Thursday night when they travel to Belgium to face Standard Liege.

The Gunners currently sit top of Group F and know a win will see them through as group winners. Arsenal must avoid defeat to progress to the knockout stages.

Arsenal have won three of their five group games so far, drawing and losing the other two.

Interim boss Freddie Ljungberg saw his Arsenal side pick up a well-needed Premier league win on Monday night. Arsenal beat West Ham 3-1 away thanks to a nine-minute flurry of goals from Gabriel Martinelli, Pierre-Emerick Aubameyang and Nicholas Pepe.

Monday nights win was their first in all competitions since October, a nine-game winless run. Arsenal find themselves 9th in the Premier League and are worryingly closer to the relegation places than they are the top of the league.

Their opponents Standard Liege will qualify if they win, and Vitoria defeat second placed Eintracht Frankfurt. Their hopes of qualification are by no means dead in the water.

The Belgian side have won two, drawn one and lost two of their five group matches.

In the Belgian pro league, Liege find themselves 3rd, a point behind second paced Gent. They are unbeaten in their last five matches in all competitions and are yet to lose on home soil this season.

The meeting between these two sides earlier in the group saw Arsenal run out emphatic 4-0 winners thanks to a brace from Martinelli, and goals from Joe Willock and Dani Ceballos. The Gunners found themselves three goals to the good after only twenty-two minutes.

Arsenal are hampered by a number of injuries in key areas of the pitch and will be without a number of players for this clash. Hector Bellerin, Kieron Tierney, Nicholas Pepe will all sit out the trip to Belgium, and Ljungberg will likely name a youthful looking side, which has been often the case for Arsenal in the Europa League this season.

This match will be shown live on BT Sport 2, with kick off scheduled for 17:55 GMT.