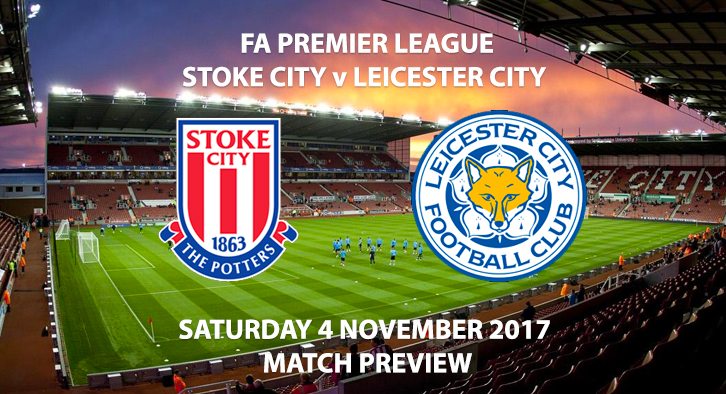 Stoke City vs Leicester City – Match Preview – Both of these teams will be looking for back to back wins as they meet at the Bet365 Stadium. Claude Puel will be hoping to continue his 100% start as manager of Leicester with another win against Stoke.

With pressure beginning to grow on Mark Hughes, Stoke’s 1-0 win at Watford last weekend was timely. The Potters’ boss had begun to draw criticism from supporters following Stoke’s stuttering start to the new campaign. Darren Fletcher’s first goal for the club secured three points and they will be hoping to back that up with a win in front of their own crowd on Saturday. If they could get that victory it would be the first time they have secured back to back league wins all season. It would also be the club’s third home win of the campaign. 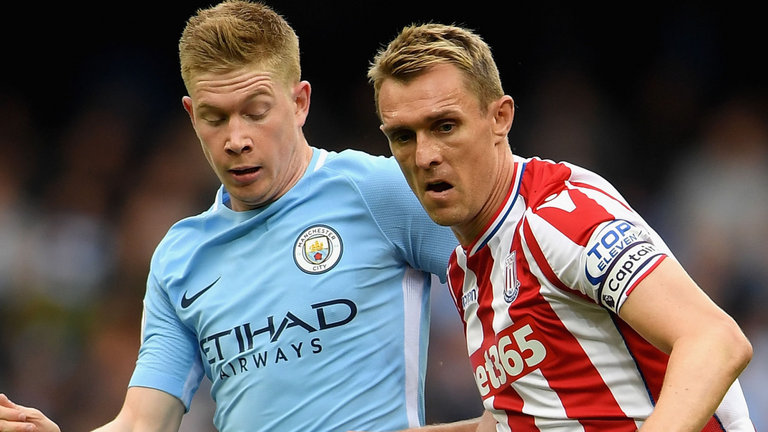 Darren Fletcher scored his first goal for Stoke in the 1-0 win over Watford Photo Credit: skysports.com

Leicester got off to the perfect start under Puel last time out with a 2-0 win over Everton. Jamie Vardy scored the first goal of the Frenchman’s reign, just as he did under his predecessors Claudio Ranieri and Craig Shakespeare. The Englishman looked back to his electric best as he terrorised the ageing Everton backline and secured his team all three points. Puel elected to play winger Riyad Mahrez just in the number ten role, which worked a treat. The Algerian’s close control and eye for a goal was clear to see as he and Vardy linked up well. 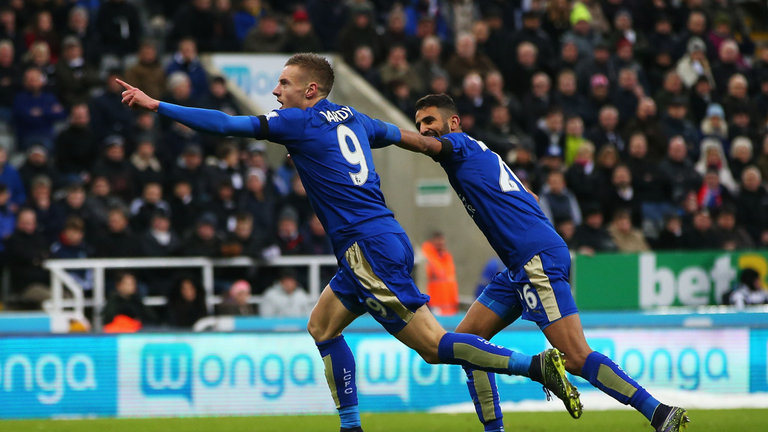 Vardy and Mahrez have linked up well since the Algerian moved behind the striker Photo Credit: skysports.com

With Stoke’s failing to pull up any trees at home, Leicester will see this as a perfect opportunity for back to back away wins in the Premier League. It would also secure their third win on the bounce, which has shot them away from danger. It would also leave the Foxes’ unbeaten in six league and cup games, with things already beginning to look rosier at the King Power Stadium.

Leicester have lost only one of their last six games against Stoke but haven’t won at the Potters since 2014. Stoke have lost three of those matches, with two ending in a stalemate. Three of the last four games at Stoke have ended as a draw, with the last two meetings both ending 2-2. With both sides vulnerable defensively, I can see goals in this game as well.

Although Stoke got a great win last time out, I don’t think they’ll have enough to take all three points here, with Leicester in good form. My bet would be for Vardy to get himself on the scoresheet again, with the Englishman having recorded six goals in 12 appearances this campaign.

SKYBET: VARDY TO SCORE AND LEICESTER TO WIN- 11/4

SKYBET: LEICESTER TO WIN FROM BEHIND- 14/1

SKYBET STOKE TO WIN BOTH HALVES- 8/1