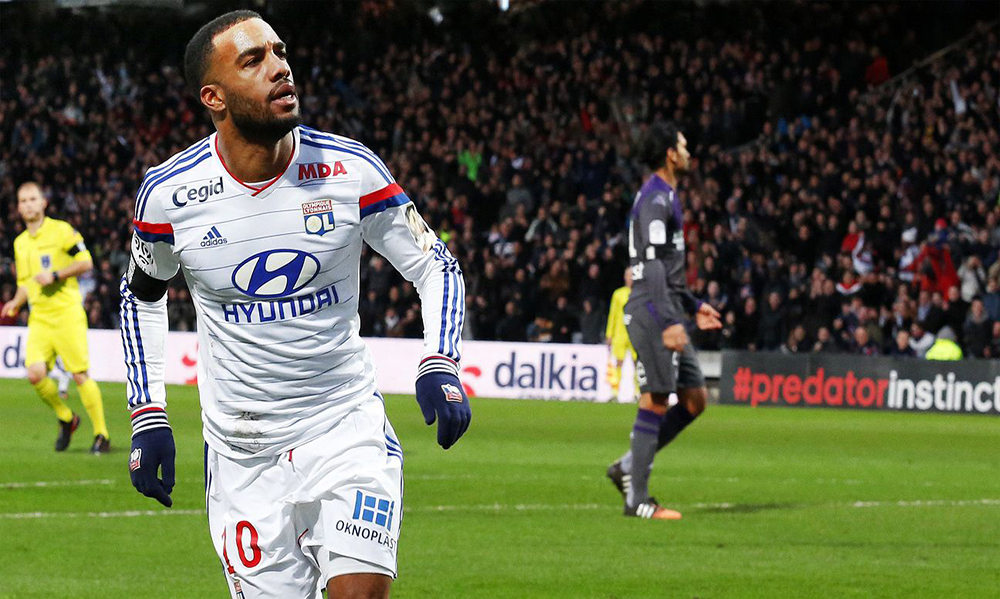 French striker, Alexandre Lacazette, is linked with a move away from Ligue 1 club, Lyon, this summer transfer window. The striker has impressed in the past couple seasons, showcasing a wide variety of skills and traits that have caught the eyes of some of Europe’s elite. His ability to beat a defender is wonderful to watch and his finishing is improving every time he steps onto the field; a real talent for the future. Whilst prospering at club level for a while now, Lacazette hasn’t had his big international break-through that would see him rise into the upper echelons of European strikers. With competition in Antoine Griezmann, Olivier Giroud and most recently, Kylian Mbappe, the 26-year-old has only made 11 appearances for his country and scored once in those outings.

Having been at Lyon his whole footballing career, the Frenchman is amidst heavy rumours of a departure from the club since he first joined the youth in 2003. He has scored 100 club goals in 203 total appearances but many believe he is ready for the next step in his career and should be surrounded by World Class team-mates. Here are some of the odds that SkyBet are offering on Lacazette’s future come September 3rd 2017:

To stay loyal to a boyhood club is something seen not so often these days in football, with the astronomical funding now dominating the sport. Alexandre Lacazette has created a fantastic legacy at Lyon; one that could be compared with the likes of Steven Gerrard at Liverpool or Wayne Rooney at Manchester United, if he were to stay at Lyon. But, a new chapter could be what’s needed for the Frenchman’s career to progress, with larger clubs reportedly showing interest. Having not publicly expressed a desire to leave Lyon, it’s very plausible that Lacazette could be at Lyon for the long haul.

With Alexis Sanchez being rumoured with a transfer away from the Emirates, Alexandre Lacazette is high on Arsene Wenger’s list of replacements for any summer departures. Many believe Alexandre would thrive in the Premier League, one of the most competitive and physically taxing leagues in the World. Arsenal have previously made a bid for the Lyon striker but were unsuccessful, however Wenger has shown determination in his hunt for the striker and is reportedly planning to return with another bid.

More fan rumours and speculation over actual solid news, this transfer seems unlikely however rather a good fit for the striker when you think about it. The striker’s target-man esc style of play is required at Anfield, a trait that Jurgen Klopp has illustrated is key for his style of play. With reportedly, only an enquiry being made so far from Liverpool for Lacazette, could the striker be in the Champions League next season wearing red?

SkyBet are also offering odds on Lacazette to move to: