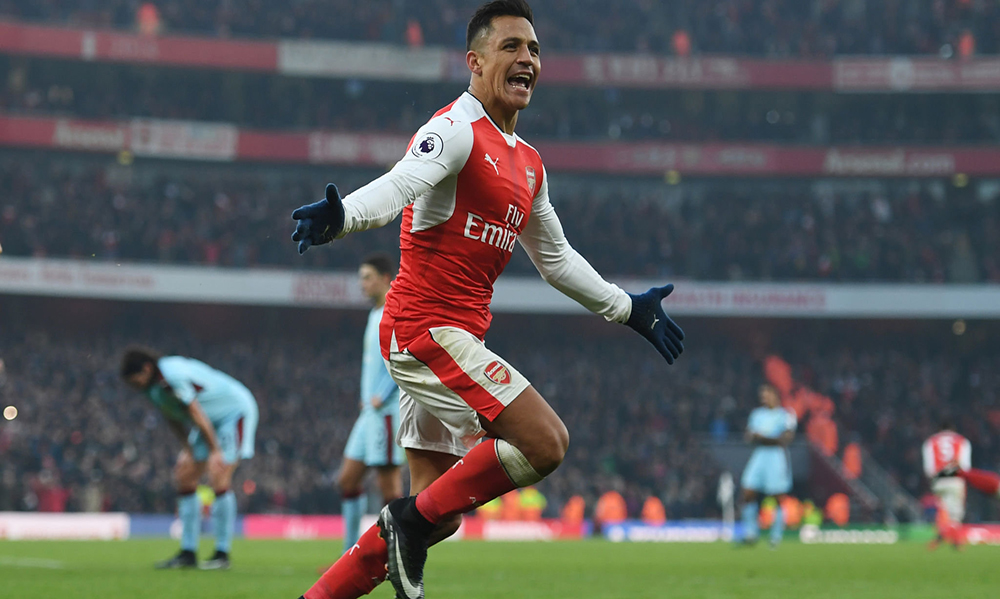 Chilean attacker, Alexis Sanchez, is surrounded by plenty of rumours suggesting he will be leaving Premier League club, Arsenal, this summer. The striker has illustrated his World class talents throughout the season, often spearheading the Arsenal attack and ended the season as the clubs’ highest league goal scorer; with 24 goals and 10 assists.

Undoubtedly Arsenal’s most valuable asset, Arsenal manager, Arsene Wenger, will have a tough time trying to fend off clubs for the Chilean’s signature. At times this season, the 28-year-old was a picture of frustration as he would often find his teammates under performing in many Premier League matches. With all the transfer speculation, here are some of the odds that SkyBet are offering for Alexis Sanchez’ future come September 3rd 2017:

According to the Daily Express, Pep Guardiola is preparing a bid for the Arsenal star around the figure of £53 million. Manchester City would benefit hugely from this signing, as it seems Guardiola is building something rather special at the club. Alexis Sanchez would fit into the system at the Etihad, surrounded by players such as Sergio Aguero, Kevin De Bruyne and Gabriel Jesus. Also, Pep used to manage Alexis back at Barcelona which would only make the two feel more comfortable about the transfer. But will Arsenal sell their best player to a direct rival?

Bayern Munich haven’t been subtle in their interest of the Arsenal star. It has been reported that international teammate of Sanchez, Arturo Vidal, has been trying to persuade Alexis to move to Bayern Munich. The German giants could profit from attaining the Chilean, with both their legendary wingers, Franck Ribery and Arjen Robben, nearing their retirement. Few people know what Alexis wants as his next move, but Bayern could be too tempting an offer to turn down.

It’s what every Gooner will be dreaming for this summer. Alexis Sanchez has been without a doubt Arsenal’s best player this season but with only one year left on his contract, Arsene Wenger will have to do something to keep Sanchez at the club. After a disappointing season, Arsenal haven’t qualified for the Champions League which could be a key factor that could see Sanchez wave goodbye to the Emirates. Europe’s biggest clubs all have their eye on the Chilean but will he remain loyal to North London?

SkyBet are also offering odds on Sanchez to move to: