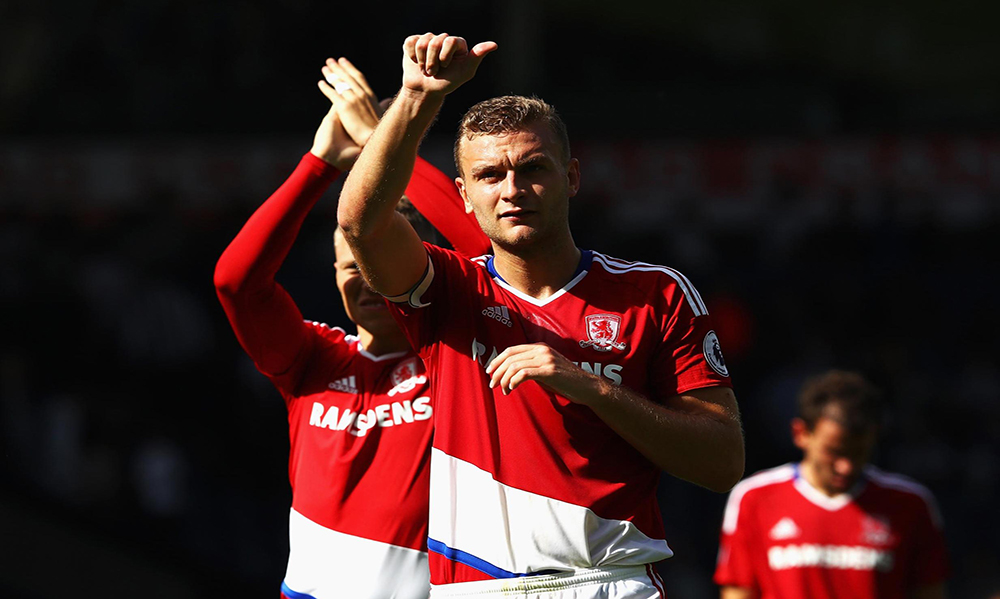 English centre-back, Ben Gibson, was one of the only shining stars to come out of Middlesbrough’s poor 2016/17 campaign. The defender showcased his leadership skills and brute force in a tackle throughout the season and led a defensive line that wasn’t easy to crack down. Middlesbrough’s number six has attracted a lot of attention and even got his first national call-up last season due to his impressive form at club level.

New Middlesbrough manager, Garry Monk, will struggle to keep a hold of the centre-back, who is yet to commit his future to the EFL Championship side. With a lot of pressure now on the shoulders of the 24-year-old, it will be interesting to see where he ends up. With all the speculation, here are some of the odds that SkyBet are offering for Ben Gibson’s future come September 3rd 2017:

To Stay at Middlesbrough- 5/4

Gibson has been at Middlesbrough since 2005, starting his youth career in Tyneside. He broke into the first team in 2010, however was loaned out to an aray of Football League clubs and then became a regular first team player in 2014. It’s clear Gibson has a strong emotional connection to the club, a factor that could see the Englishman be loyal to his boyhood side. However, with attraction from top Premier League clubs and keeping in mind Middlesbrough’s recent relegation from the same league, it could be the right decision for his career to progress if he was to leave. Only time will tell.

With the departure of John Terry and possibly Frenchman, Kurt Zouma, in defence, Chelsea manager, Antonio Conte, will be searching for replacements. Gibson impressed last season and has caught the eye of the scouts at Stamford Bridge. The move to the Premier League champions is tempting for any player, but could see Gibson spend a lot of time on the bench; something that is vital for him to avoid whilst he is still improving as a player.

Liverpool manager, Jurgen Klopp has hinted that Ben Gibson may be top of his wish list following the downfall of the Virgil Van Dijk talks. Liverpool have failed to mould a strong defensive line for a few seasons now; being constantly haunted with defensive blunders that cost them dearly. A signing such as Ben Gibson could be a breath of fresh air at Anfield; with his future being tipped as a regular international. Champions League football could also be an enticing factor for Gibson as well as working with a character such as Jurgen Klopp.

SkyBet are also offering odds on Gibson to move to: