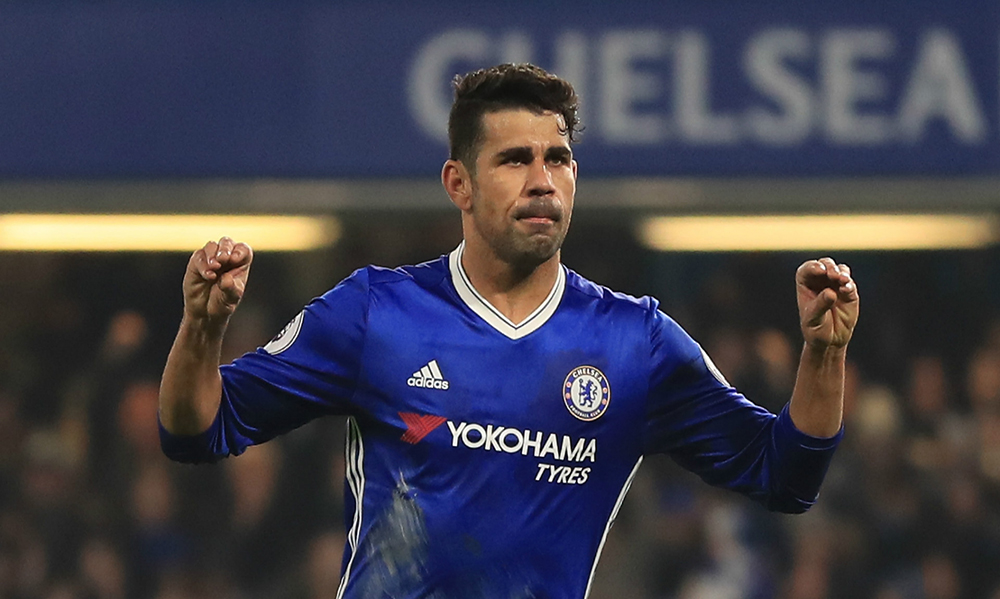 Chelsea’s first choice striker, Diego Costa, seems to be out the door this summer, having joined the London club in 2014 from Atletico Madrid. After 89 games for Chelsea, the striker has become a clear favourite showcasing a unique set of skills during his time at Stamford Bridge. Often referred to as a bully, Costa’s sheer brute force and strength makes him the ideal target man for many clubs. The once-Brazilian now-Spanish player was reportedly dumped by Chelsea manager, Antonio Conte, over text message hence all the transfer commotion.

Diego Costa made headlines back in the January transfer window, being heavily linked with a move to the Chinese super league for an astronomical weekly wage; understandably, he was tempted. The temperamental striker then fell out with the club and trained on his own for a few days until they patched it all up and he went back to scoring goals. Now making more headlines, here are some of the odds that SkyBet are offering on Diego Costa’s future come September 3rd 2017:

Italian giants, AC Milan, have been chasing the Chelsea star ever since the transfer saga began. Costa’s agent, Jorge Mendes, is hoping Chelsea get another offer from San Siro after the London club rejected the first. However, it is reported the player wishes for a return to Atletico Madrid but following the news of Antione Griezmann probably remaining at Atletico, that is now seeming less likely. The player hasn’t expressed much desire for a move to Italy, but maybe the bookmakers think differently.

After the drama of the January transfer window, Diego Costa was obviously going to be linked back with a move to China. Diego doesn’t have a history of illustrating the best morale’s, after changing nationalty from Brazil to Spain as it appeared easier for him to get into the starting eleven. It would be a shame to see a player of Costa’s calibre leave for China but he has demonstrated before how tempted he was by the big wages over there. Will he follow old Chelsea team-mate, Oscar, over to China?

With the stories that the newspapers are reporting, this is seeming implausible. With Chelsea hunting down Everton star, Romelu Lukaku, it seems Diego Costa is being pushed out of Stamford bridge with a lot of Chelsea fans coming to terms with the loss. His sour relationship with Antonio Conte also doesn’t give this much hope, however could they mend their differences as they did back in January?

SkyBet are also offering odds on Costa to move to: