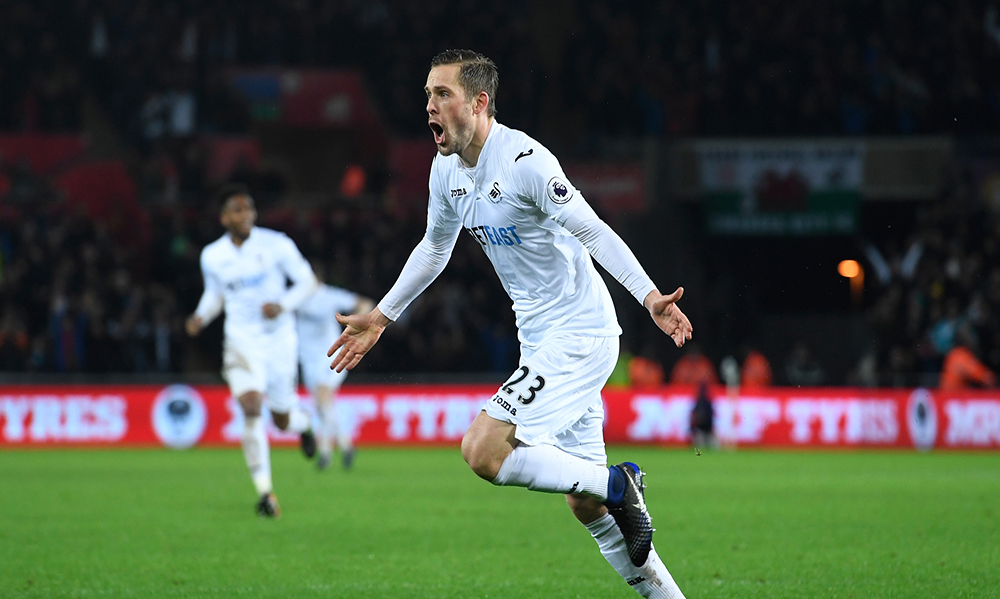 Dead-ball specialist, Gylfi Sigurdsson, is amidst plenty of rumours suggesting he will leave Premier League club, Swansea City. The Icelandic is currently partaking his second spell in South Wales having spent a season on loan from 1899 Hoffenheim in 2012. The 27-year-old caught the eye of a dazzling aray of clubs however, Tottenham Hotspur got his signature. In 2014, Sigurdsson left Spurs to return to Swansea and has propelled his status for club and country ever since.

In the 2016/17 Premier League campaign, Gylfi Sigurdsson went from strength to strength and was the main catalyst in Swansea’s impressive survival. Sigurdsson ended the season with nine goals and 13 assists in the League, some impressive stats that have turned a lot of heads. He’s arguably the best player in the league from a dead-ball scenario, a trait that has only boosted his value both on and off the pitch. Swansea City will have a tough time keeping hold of the Icelandic playmaker for another season.

Here are some odd the odds SkyBet are offering on Sigurdsson’s future come September 3rd:

It isn’t the first transfer window that Everton have pursued Gylfi Sigurdsson. Most transfer windows they are sniffing around his feet, and now with their almost imminent departures of Ross Barkley and Romelu Lukaku, ‘The Toffees’ are in desperate need of probable replacements. Sigurdsson’s ability to create opportunities from nothing and his constant threat over a free-kick or corner is a desirable trait to a club like Everton; who have pacey wingers who profit from through-balls and physical, tall players inside the box. This would be a good move for the Icelandic playmaker, however some believe he can play for a better side than Everton.

Keeping Gylfi Sigurdsson at Swansea City is priority number one for manager, Paul Clement. His sheer work-rate and quality on the ball has been vital to Swansea’s survival in the Premier League and the fans adore the player. Sigurdsson feels at home in South Wales however nobody could blame him if a bigger club came knocking for him. The general consensus is that he is better than Swansea City, but whether he decides to stay and help Swansea reach a higher standard and league finish is only for him to know. This would be a huge boost for the club and fans.

The 2015/16 Premier League champions would love a player of Gylfi Sigurdsson’s ability amongst their ranks. Leicester City manager, Craig Shakespeare, is expected to have a busy window, looking for an assortment of fresh legs to spice up the squad. Leicester fans have made their feeling known on Sigurdsson, expressing their desire to attain the midfielder, however it is questionable whether Leicester City is enough of a step up. ‘The Foxes’ odds have shortened massively in the past week, could the bookies know something we don’t?

SkyBet are also offering odds for Sigurdsson to move to: