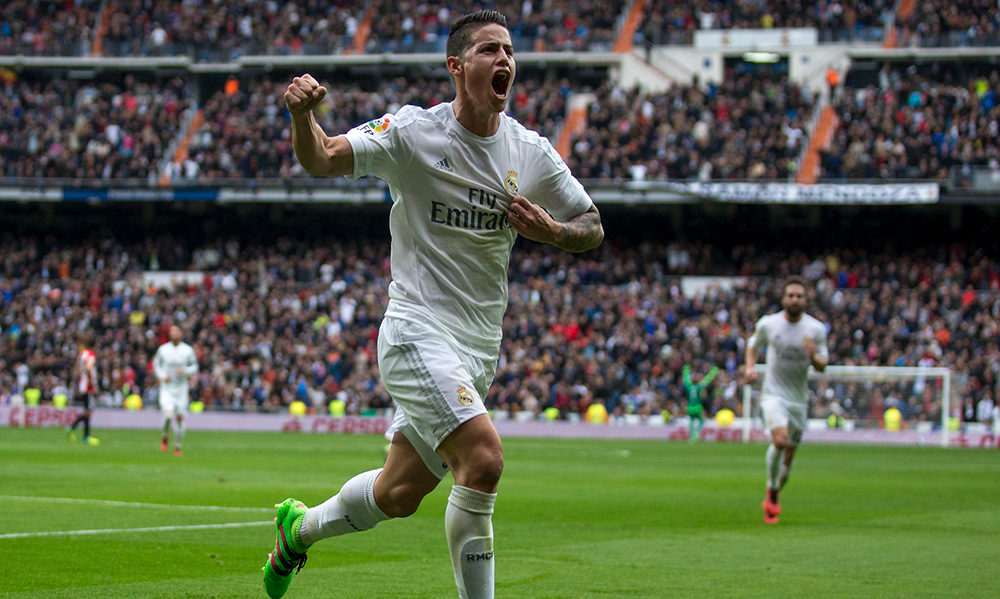 Colombian attacking midfielder, James Rodriguez, is likely to leave Real Madrid this summer after sitting on the bench for most of last season. His relationship with manager and ex-Real Madrid legend, Zinedine Zidane, has turned sour and is a big reason for his likely departure; the latest incident being an awkward viral video of Rodriguez not acknowledging Zidane amongst their recent Champions League victory celebrations.

Rodriguez signed for Real Madrid in the summer of 2014 after an astounding World Cup campaign with Columbia, stealing the spotlight with fantastic creativity and flair as well as grabbing goal of the tournament. Rodriguez is a hot item on the transfer market, with many big clubs linked with the Colombian. Here are some of the odds SkyBet are offering on the 25-year-old’s future come September 3rd:

Antonio Conte will be looking to strengthen his already impeccable squad list with players of Rodriguez’ calibre. Whether James is top of his list is questionable- with recent rumours suggesting Chelsea are not willing to meet the £70 million price tag. But rumours are just that, rumours. Rodriguez could be a possible target if Belgian winger, Eden Hazard, was to leave Stamford Bridge with Rodriguez’ club, Real Madrid, apparently showing interest in Hazard. Chelsea fans would love to see Rodriguez join their squad, but plenty of other big clubs are in pursuit of the Colombian.

Inter Milan recently joined the extensive list of clubs hunting down Rodriguez. A move to the Italian league may not be in the best interest of the 25-year-old, who has attracted attention from larger, more competitive clubs and leagues. There’s no doubt he’d fit in at Milan, playing with Mauro Icardi, Ivan Perisic and Eder could conjure up a very potent attack for Inter however Rodriguez is a world-class player. Do world-class players still transfer to a club like Inter Milan? They used to but not anymore.

The club that has been stealing the James Rodriguez headlines is Manchester United. Jose Mourinho isn’t a shy figure when it comes to transfers and will surely flex his financial muscle yet again this summer. With Zlatan Ibrahimovic and possibly Wayne Rooney out the door this window, a creative, young, vibrant attacker like James Rodriguez would fit in like a glove. A lot of fans are seeing Old Trafford as the most likely destination for the Colombian this summer.

SkyBet are also offering odds for Rodriguez to move to: