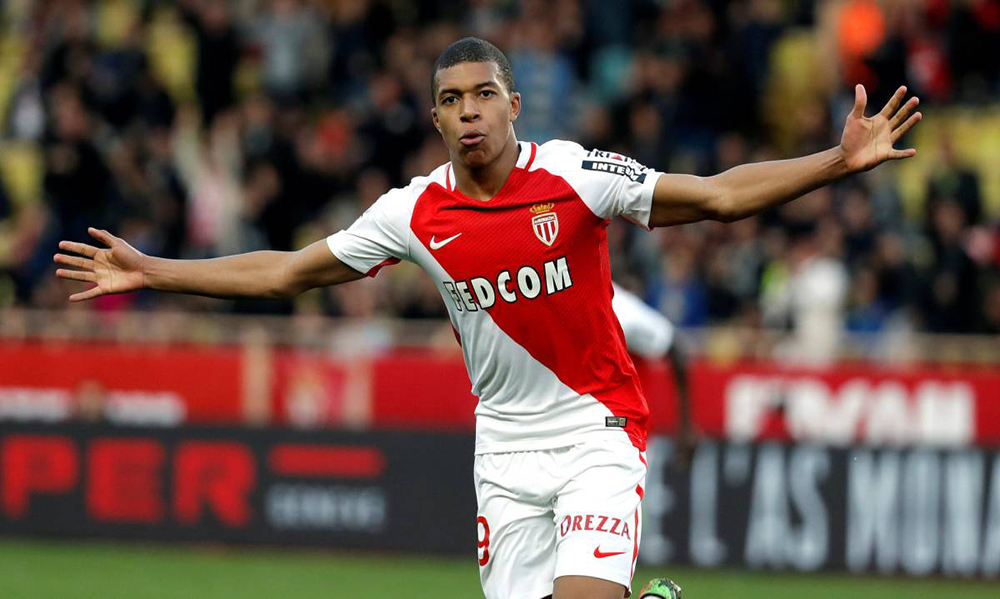 Kylian Mbappe Lottin,  the French wonderkid, has had a remarkable season at AS Monaco. The 18-year-old was a key figure in his sides impressive Champions League campaign, spearheading a dangerous young attack. Already being noted as a potential future Balon d’Or winner, the youngster has spent no time making his mark in the national side; making 4 appearances this year. Mbappe will now face a long summer amidst rumours and allegations of transfer moves away from the French Champions, being price tagged as high as £120 million.

The titans of World football all have their eye on the French sensation with his blistering pace and composure in front of goal a must-have for the elite clubs. However, Mbappe hasn’t insisted he will be leaving Monaco, with some rumours suggesting he could be signing a new contract for the French outfit. With everyone sticking their views and thoughts of the 18-year-old striker, here are some of the odds that SkyBet are offering on Kylian Mbappe Lottin’s future come September 3rd 2017:

As previously mentioned, Mbappe hasn’t stated he wishes to leave the French Champions. The young player faces a tough decision this summer on whether to stay or leave Monaco, but seems a humble character and possibly a loyal one too. However, Monaco could find some incoming offers too enticing to say no to with some rumours floating around that would make Mbappe the most expensive transfer in history.

The Champions League winners have a star-studded squad of which Kylian Mbappe Lottin would fit right into. The mouth-watering prospect of Mbappe playing up front with Cristiano Ronaldo and Gareth Bale is not only every Real Madrid fans’ dream, but every FIFA players dream too. With Alvaro Morata looking to leave and Karim Benzema not getting any younger, Mbappe would be a fantastic acquisition for Zinedine Zidane. Could we see the young Frenchman replace the current Frenchman up front at the Bernabeu?

Mbappe at the Emirates doesn’t seem a very likely transfer. Not only are Arsenal not the glamourous club they once were at the height of European football, next season they won’t be in the Champions League; a factor that will probably make Mbappe keep his distance. The transfer seems almost too good to be true but Arsenal fans should stay positive and remember, Jonathan Woodgate played for Real Madrid once.

SkyBet are also offering odds on Mbappe to move to: