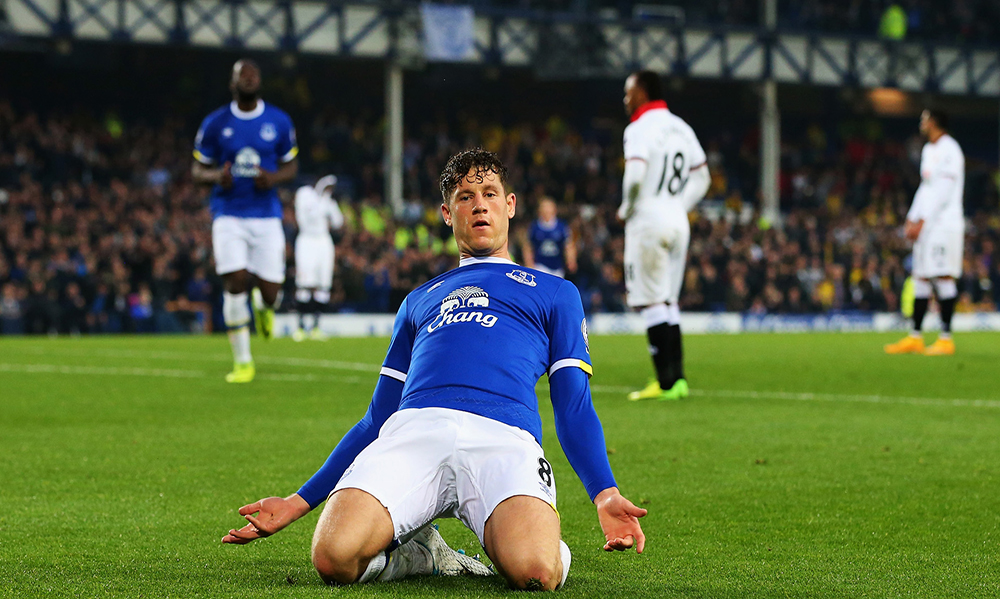 Everton midfielder, Ross Barkley, is rumoured to be leaving the club this summer transfer window. The Englishman is unsettled at the Merseyside club having been there since his youth career in 2005. Barkley has made a total of 150 appearances for Everton, having scored 21 goals in those matches. His extremely direct form of attacking and his ability to bring others into play has brought the attention from many clubs and Everton manager, Ronald Koeman, hasn’t been shy when shopping for possible replacements.

Everton are not willing to let the England international run out his contract at Goodison Park and have slapped a price tag on the youngster in the field of £50 million. With his departure from Everton in the balance, here are some odd the odds SkyBet are offering on Barkley’s future come September 3rd 2017:

There is no doubt that Ross Barkley is loved by the Everton fans and staff. His lethal partnership with striker, Romelu Lukaku, was a major key in Everton’s high league positions in the past few seasons. The player hasn’t expressed a desire to leave and with that reported price tag of £50 million, it may see the attacking midfielder remain in Merseyside as a lot would agree that’s a hefty price for what you’re getting. With the papers stating Barkley is all but gone at Everton, could the bookmakers know something others don’t?

Tottenham manager, Mauricio Pochettino, has a dazzling array of attacking players in his squad; a group of players that are very similar to Ross Barkley. The interest from Spurs is hard to figure out if it is to strengthen or replace, with interest on a few of their own attacking players being rumoured. With Dele Alli, Christian Eriksen, Son Heung-min and Erik Lamela, it’s hard to see Barkley being a first team regular if he was brought in to strengthen. However, the club itself would be a good fit as they love to promote young talent and compete at a higher level than Everton.

West Ham manager, Slaven Bilic, is looking to improve his squad after a very poor 2016/17 campaign in the Premier League. After struggling to utilise players such as Andre Ayew and Manuel Lanzini consistently, an arrival such as Ross Barkley could only help bolster their attack. This potential signing would be very welcomed by the fans and could be a good fit but the main issue is that West Ham isn’t really a step up in class from Everton, if anything it’s a slight step down. Potentially a great idea but maybe not realistic.

SkyBet are also offering odds on Barkley to move to: