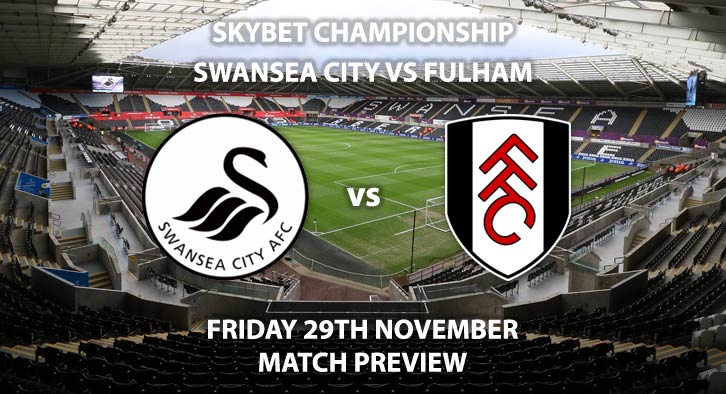 Both of these sides have aspirations of at least making the play-off places this season and they are both still in the picture to do so. The Swans have had a recent dip in form and need a win at home to rejuvenate the fans. Meanwhile, Fulham enter this match in great form and are looking to pile the pressure on top spot Leeds United.

Swansea City are priced at 7/4 to win the match by SkyBet and get their first home win in over a month. Last time out, Steve Cooper’s side failed to beat struggling Huddersfield and only managed a 1-1 draw. Things seem to have gone a little stale for the South Wales side with Borja Baston’s goal scoring antics a thing of the past.

Winger Andre Ayew has maintained high performance levels and will be key to the Swans if they can grab something against a tough Fulham team. The Ghanaian has four goals and four assists this season and is priced at 13/8 to score anytime.

Fulham are priced at 7/5 to win the match to make it four victories on the bounce. Scott Parker’s side are in great form and got a convincing 3-0 win over Derby midweek. Aleksander was, of course, amongst the goals as he extended his lead at the top of the goal-scoring tally in the league. The Serbian has 13 goals this season and is 13/10 to score anytime.

– The visitors are in red hot form and will have too much quality in forward areas for the inconsistent hosts.