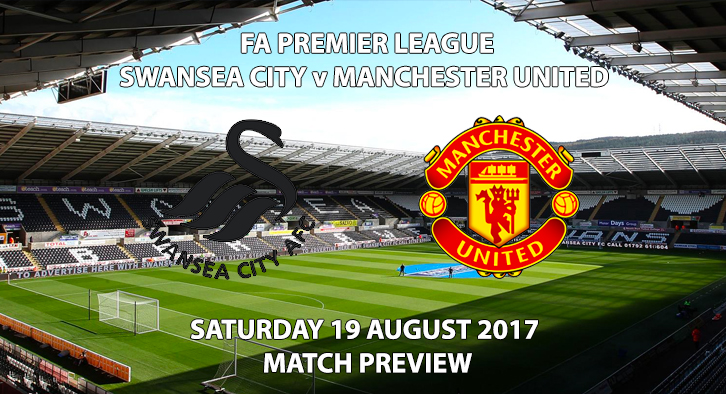 The Red Devils are hungrier than ever for trophies this year and are likely to seriously compete for the Premier League title and the form last week in beating West Ham suggested as much.

Paul Clement’s Swansea will be desperate to avoid the same relegation battle that blighted their 2016/17 campaign – an increasingly challenging task given that star player Gylfi Sigurdsson has just departed for Everton in a deal estimated to be worth £45m.

United will be massive favourites to steamroller the Swans and it will take defensive reliance of the highest order from the latter to deny that possibility. 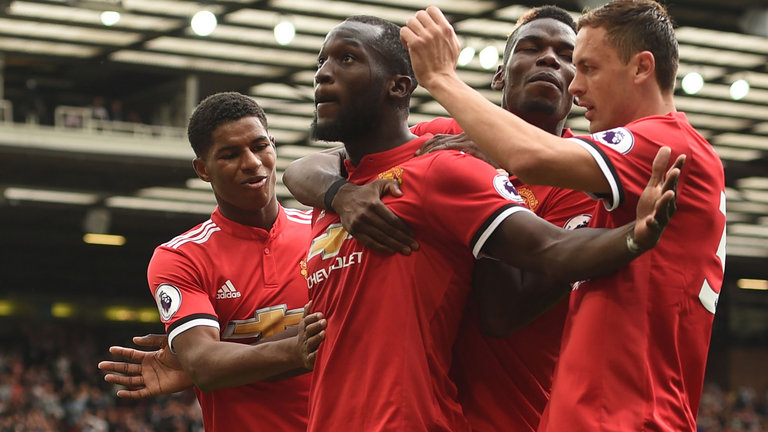 Previous Meeting
Jose Mourinho’s side were the strongest performers on the opening matchday, dismantling West Ham 4-0 at Old Trafford courtesy of a league debut brace by Romelu Lukaku and goals from Paul Pogba and Anthony Martial. As a result, they now find themselves sitting pretty at the top of the table.

Swansea, however, were considerably less convincing; their season began by hanging on for dear life and battling to earn a 0-0 draw away at Southampton – a good clean sheet and point nonetheless.

Meetings last season
This fixture last year brought a 3-1 victory for the travelling Mancuinians, Paul Pogba scoring a wonderfully executed half-volley in a feeble performance by the Swans during Bob Bradley’s tumultuous reign.

The reverse fixture also saw the away side look strongest, whilst conceding a very contentious penalty for Lukasz Fabianski’s challenge on Marcus Rashford which Wayne Rooney duly dispatched, what was now Paul Clement’s team contained the Europa League winners. A wonderful piece of Gylfi Sigurdsson magic to find the top corner’s apex with a delightful free-kick saw the scores finish 1-1. 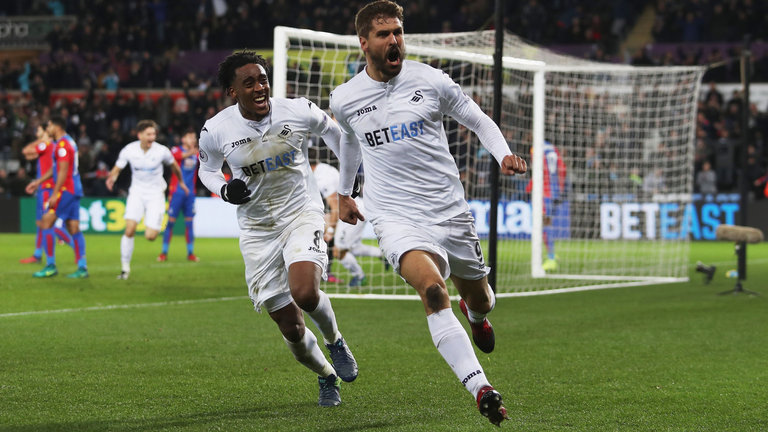 Fernando Llorente could return to the Swansea side this weekend Photo Credit: skysports.com

Team News
Swansea now have the almighty task of replacing Gylfi Sigurdsson, but will be boosted in the knowledge last season’s top-scorer Fernando Llorente is set to return from the broken arm which prevented the striker from featuring in pre-season. However, Ki Sung-Yeung and Nathan Dyer are still injured so will play not take part.

Jose Mourinho can once again count on the squad he had available last time out, with only the long-term absentees of Luke Shaw, Ashley Young and Marcos Rojo unavailable for selection. 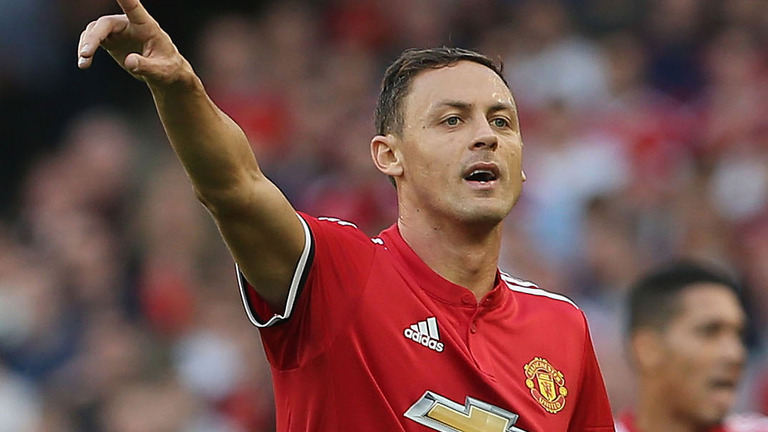 Nemanja Matic will be key for Manchester United in all competitions this season Photo Credit: skysports.com

Player to Watch
Scarcely does a player make such an instant impact as what Nemanja Matic did last week. The Serbian international completely dominated in midfield against The Hammers in a performance which many took to justify his £40m price tag and strongly question Chelsea’s reasoning for selling such a key player to a direct rival. Matic seems to be precisely the type of forward-thinking midfield patroller than United have lacked in recent seasons, with a great blend of dynamism and technique on the ball, the 29-year-old will be at the heart of Saturday’s match and in the United midfield for seasons to come.