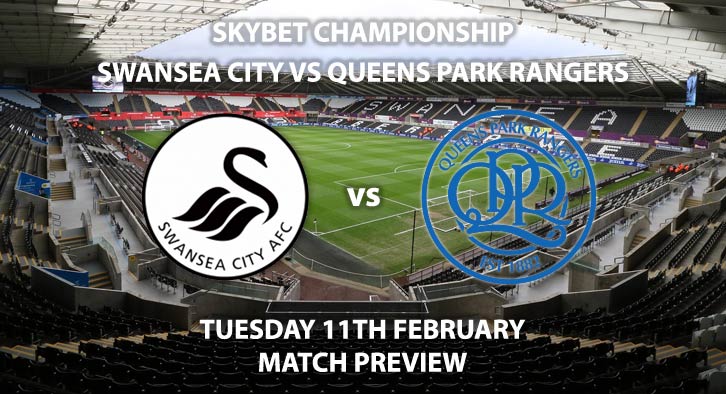 Both sides will be grateful for another game in such quick succession following defeats in their last Championship affairs. Swansea were defeated 3-2 on home soil to Derby County, a result made even more disappointing considering it was only the Rams’ second away win of the season. QPR were defeated 2-0 away to Huddersfield; a result which enhanced the Terriers’ chances of survival.

Steve Cooper’s sides’ inconsistency has been present in recent weeks, and his side have failed to win in their last four outings. The Swans’ disappointing form has seen them drop out of the play-off places, and in turn have been replaced by rivals Cardiff City. Swansea sit 9th, behind the Bluebirds on goal difference.

QPR’s form since the turn of the year has been abysmal to say the least, and it’s seen them plummet down the table where they now sit 17th. Mark Warbuton’s side haven’t won since New Years Day, and have lost their last five consecutive matches in the Championship.

QPR’s last win incidentally came against this weeks’ opponents in the FA Cup. Swansea were dismantled that night and shipped five goals at Loftus Road in a 5-1 defeat.

Liverpool loanee Rhian Brewster has enjoyed a relatively good start to his Swansea career, and has scored twice in four matches. SkyBet are offering odds of 6/4 for the England youngster to find the back of the net on Tuesday evening.

Andy Woolmer is the referee for this encounter, and he has been a very lenient official this season, averaging under three yellow cards per match. This considered, I would recommend a maximum of 40+ booking points for this encounter.

Woolmer has taken charge of matches involving these two sides this season (one each) and has awarded a total of nine yellow cards in these two respective games.

Swansea City vs QPR will be televised live in the UK on Sky Sports Football with kick-off at 19:45 GMT.