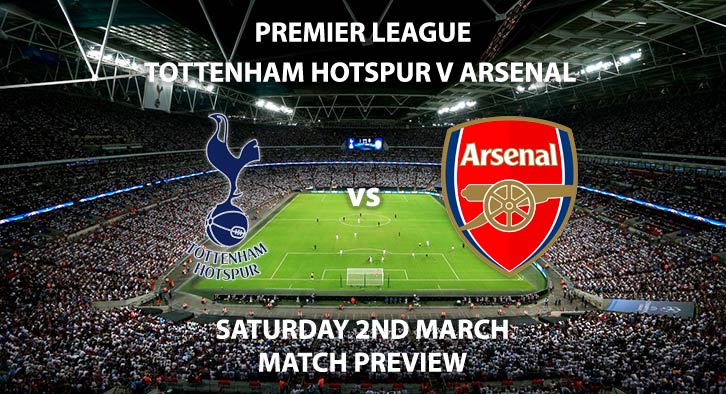 Tottenham Hotspur vs Arsenal: Tottenham will be looking to address back-to-back defeats when they host fourth-placed Arsenal at Wembley in the North London derby.

Mauricio Pochettino’s side slipped to a second defeat in four days as they went down 2-0 to rivals Chelsea. Kieran Tripper’s horror mix-up with Hugo Lloris was the major taking point, although the French captain didn’t cover himself in glory for Pedro’s opener either. Despite Harry Kane returning for both of these matches, Spurs have somehow got worse. The Englishman doesn’t quite look 100%, in truth, which may have had its part to play. As a result, Tottenham head into this fixture just four points ahead of their rivals in third. Any lingering title ambitions have now gone and Spurs need to refocus to ensure they don’t slip out of the top four completely. They will still have memories of their slip-up at the Emirates which saw them go from 2-1 up to 4-2 losers.

Arsenal are in good form heading into the Norh London Derby. Unai Emery has seen his side win five of their last six league outings, which has moved them a point clear in fourth. Mesut Ozil and Henrikh Mkhitaryan were the star performers in their 5-1 thrashing of Bournemouth in midweek. The German midfielder has struggled for game time this season but it will be hard for Emery to drop him after that performance. That could depend largely on what shape the Arsenal boss goes for. They’ve deployed a back three, as they did on Wednesday, on multiple occasions and a 4-4-2 diamond. Both systems accommodate a number ten, which could work in Ozil’s favour. Worryingly, Arsenal have won just one of their last four away games, in all competitions. A run they will need to put right, on Saturday.

Kevin Friend is the referee for this fixture. The Englishman has officiated 39 top-flight matches this season. In that time, he has accumulated an average booking points total of 31.5. Therefore, I would advise a maximum of 50+ total points for this fixture.

Tottenham will be desperate to put their poor run to bed, with a trip to Dortmund looming next week. Arsenal come into this fixture in good form and will be buoyed by their win in the last meeting between the pair. Therefore, I’m going for a high-scoring draw, after six goals last time around.

Tottenham Hotspur vs Arsenal will be televised live in the UK on BT Sport 1 with kick-off at 12:30 PM GMT.

Odds and markets last updated on Friday 1st March @16:30 GMT. Keep checking back to see if there’s any updates to markets – the time stamp in the previous sentence for when we update tips on this page will be updated.