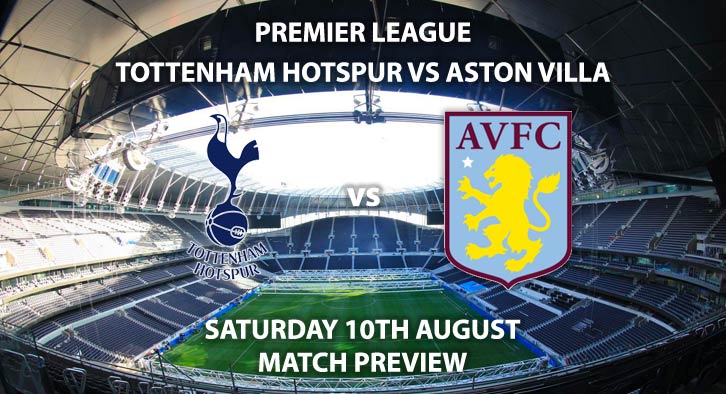 Spurs’ begin the new season bolstered by several new additions, including the highly sought-after Frenchman Tanguy Ndombele, who arrived from Lyon in July. Mauricio Pochettino has strengthened
from last season and will be hoping his squad can take the next step and claim a major trophy, for the first time this decade. Spurs’ 2018/19 season ended in heartbreak as they were beaten in the
Champions League final by Liverpool. However, with the new acquisitions through the door this could be an exciting season for Spurs.

Similarly to previous seasons, the expectance for goals lies on the shoulders of their talisman, Harry Kane. Spurs’ forward line could however have looked very different had Paulo Dybala or Phillipe
Coutinho opted to move to North London. Kane will be keen to add to his tally of 17 league goals last season, averaging a goal every 143 minutes. Kane to score anytime is 8/11 on SkyBet.

Aston Villa are back in the top flight after a three-year absence. Their relegation in 2016 ended a 24-year stay in England’s first division but now under fresh leadership, and with a new identity there is a feeling of optimism with those connected to Villa as the season approaches.

Dean Smith took charge in October 2018 and guided his side back to the Premier League via the Play-Offs, defeating Derby County at Wembley. Off the back of a busy transfer window which
brought many signings, 12 to be exact, Villa could surprise a few people this campaign. Much is expected of Jack Grealish this season after a promising showing in the Championship.
Grealish was part of the Villa side who were relegated in 2016 and will be hoping for a more successful tenure this time round. Grealish registered a total of 12 goals and assists combined last
season, and Grealish is priced at 15/2 to score.

The referee for this fixture is Chris Kavanagh who averaged three yellow cards per game in the Premier League last season, so booking points is a market I would recommend, with 50+ as a
maximum. Neither side will want to lose their first match of the season, obviously. However, I think Spurs’ recruitment has been good, and this will give them the edge over Villa, but I am expecting a close affair.

Tottenham Hotspur vs Aston Villa kicks off on Saturday evening at 17:30 BST in the UK and will be broadcast live on Sky Sports Premier League.