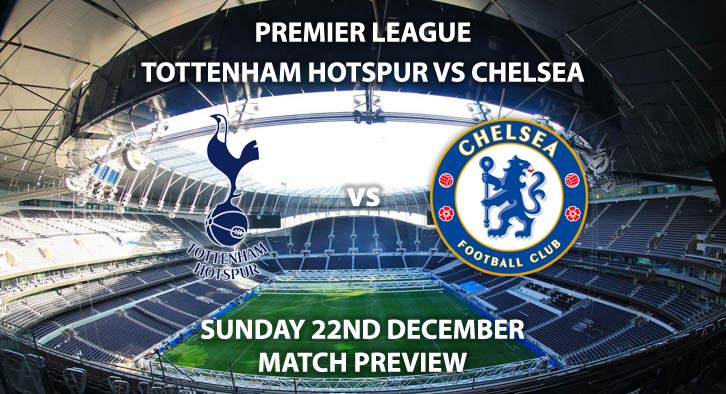 Tottenham return to Premier League action this weekend as they welcome Chelsea to the London Stadium on Sunday afternoon.

It’s a highly anticipated encounter as fledgling Spurs’ boss Jose Mourinho faces his old club Chelsea. Sunday is the first time that the Portuguese has faced the Blues as Tottenham’s new manager.

Spurs enter this weekend’s fixture in a fine run of form and have won four of Mourinho’s five Premier League matches since his arrival at the end of November. Jan Vertonghen was the hero last time round, as his stoppage time winner secured all three points against Wolves. Spurs currently sit 5th, three points and a place behind Chelsea.

Chelsea on the other hand will be eager to return to winning ways in the Premier League following their surprising defeat to Bournemouth last time round. Frank Lampard has seen his side lose four of their last five in the league. Chelsea have lost more Premier League matches in the last five then they managed in the twelve matches prior.

In the Premier League last season both sides managed a win apiece. Chelsea won 2-0 at Stamford Bridge, meanwhile Spurs were victorious 3-1 at Wembley, their part-time home ground for last season. Chelsea’s last win away to Spurs came over two years, in August 2017 where they won 2-1 thanks to a brace from Marcos Alonso.

The referee for this clash is Anthony Taylor. The 41-year old has taken charge of fourteen Premier League matches so far this season, accumulating a total of sixty-nine yellow cards, and two red cards. This considered, as well as the magnitude of the game, I would recommend a minimum of 40+ booking points for this fixture. Sunday’s fixture is the second time Taylor has taken charge of a London Derby concerning these two in the Premier League, with his last coming in 2017. Taylor awarded four yellow cards in Chelsea’s 2-1 win at Wembley.

This match will be shown live on Sky Sports Football, with kick-off scheduled for 16:30 GMT on Sunday afternoon.