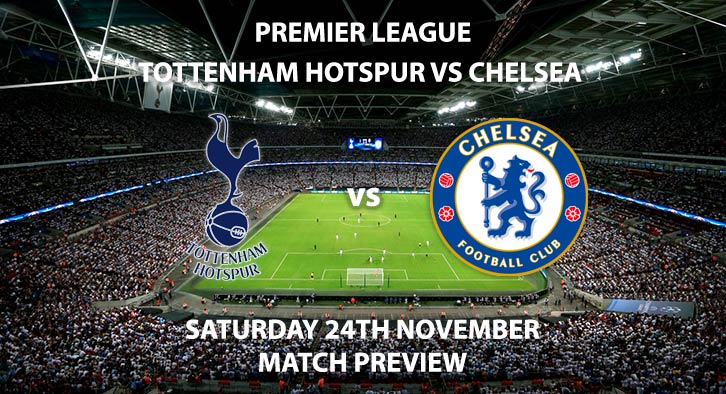 Tottenham Hotspur vs Chelsea: Tottenham play host to Chelsea knowing a win would see them leapfrog their London rivals and move them into third place.

Tottenham won their last four matches in all competitions prior to the international break. Mauricio Pochettino’s men have six of their last seven Premier League games, with that one defeat coming to Manchester City. Spurs have struggled in their last two meetings with the ‘big six’ having lost at home to both Liverpool and City this season, although they did win against Manchester United at Old Trafford in the opening weeks of the campaign. Spurs have shown they can be incredibly consistent against the smaller sides, even in the tough away games. In recent weeks they’ve beaten the likes of Brighton, Wolves and Crystal Palace away – all three of those sides have taken points from the ‘big six’ this season – which is an impressive feat. To become title challengers, they need to replicate that strength and resilience against their nearest rivals. Victory over unbeaten Chelsea would be a real statement.

Maurizio Sarri was left frustrated by his side’s lack of goal threat as they drew 0-0 with Everton at Stamford Bridge. Whilst Chelsea are unbeaten – alongside Liverpool and City – it’s game like Everton that will cost them the title. Against stubborn opposition, Chelsea lack a world-class striker. Alvaro Morata has improved this season and does have good potential, but he is not ready made to lead a title tilt. When you compare him to Sergio Aguero, Roberto Firmino or Harry Kane, he falls below their standard. If Eden Hazard doesn’t score in games of that nature, neither do Chelsea. Having finished last season in fifth, Chelsea have made fantastic strides under Sarri, which shouldn’t be forgotten. They weren’t expected to challenge for the title, so they are succeeding expectations.

Martin Atkinson is the referee for his game. The Englishman has officiated 11 top-flight matches this season, accumulating an average booking points total of 36.8. Therefore, I would suggest a maximum of 60+ booking points for this derby match.

Tottenham could really make a statement by ending Chelsea’s unbeaten run. They have only beaten the Blues in THREE of their last 19 meetings in all competitions. As a result, I can see this being a hard-fought draw.

Where to Watch: Tottenham Hotspur vs Chelsea will be televised live in the UK on Sky Sports Premier League with kick off at 17:30 GMT.

Odds and markets last updated on Saturday 24th November @13:50 GMT. Keep checking back to see if there’s any updates to markets – the time stamp in the previous sentence for when we update tips on this page will be updated.