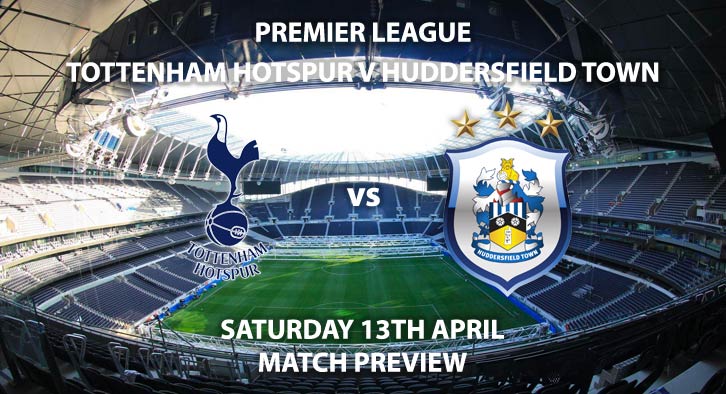 Tottenham Hotspur vs Huddersfield Town: Tottenham will be looking to make it three wins on the spin, to boost their hopes of a top-four finish when they host Huddersfield on Saturday lunch-time.

Spurs’ new stadium has had the desired effect so far, as they claimed wins over Crystal Palace and Manchester City in their new home. The victory over Palace lifted them to fourth in the table, two points behind Chelsea, who have played a game more. With Arsenal and Manchester United also breathing down their necks, they can’t afford to slip up at home to a side already relegated. Mauricio Pochettino’s men will be without Harry Kane, who looks set to miss the rest of the season with an ankle injury after the Argentine boss described the Englishman’s chances of featuring again this campaign as “very difficult”. Without Kane, Heung-Min Son is expected to lead the line, or Spurs could turn to Fernando Llorente. Son scored the all-important winner in their Champions League win over City on Tuesday night.

Huddersfield are just playing for pride after being relegated back to the Championship a few weeks ago. That hasn’t sparked Jan Siewert’s team to life, however. The Terriers have lost their last five games, with their last win coming against Wolves in February. Similarly, their last win on the road was at Molineux, all the way back in November. Last time out, they were beaten 4-1 by Leicester City, meaning they’ve conceded 12 goals in their last four matches.

Lee Mason is the referee for this fixture. The Englishman has officiated 25 top-flight matches this season. In that time, he has accumulated an average booking points total of 35.8. Therefore, I would advise a maximum of 50+ total points for this fixture.

Tottenham have made light work of the ‘lesser’ sides this season, particularly at home. They will miss Kane’s presence in the side, but I would still expect to see them win, by a comfortable margin.

Tottenham Hotspur vs Huddersfield Town will be televised live in the UK on Sky Sports Premier League with kick off at 12:30 PM BST.

Odds and markets last updated on Saturday 12th April 2019 @11:510 GMT. Keep checking back to see if there’s any updates to markets – the time stamp in the previous sentence for when we update tips on this page will be updated.